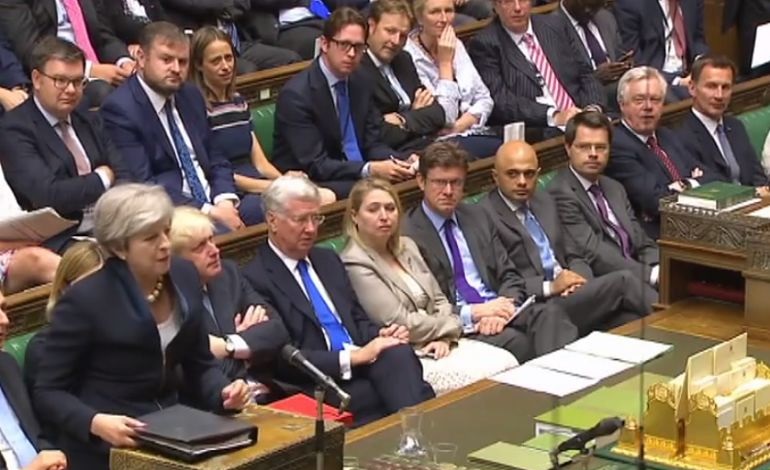 Politicians are due to head back into parliament on 5 September. But it’s not going to be a happy return for the Tories. Because a Labour MP has just blown their biggest policy failure wide open.

New information unearthed by MP Louise Haigh reveals that the government’s austerity programme is completely failing. Because its cuts to local authorities and public services aren’t making Britain “live within its means”. Instead, the cuts are just shifting the burden from one underfunded sector to another underfunded sector.

And when it comes to mental health provision, the burden is falling squarely on the police.

Picking up the pieces

Haigh, the Shadow Police Minister, has obtained figures on the number of calls relating to mental health received by the Metropolitan Police. According to the freedom of information request, the Met handled 115,000 calls last year. That means the service received a call where someone was concerned about a person’s mental health every five minutes.

The figures show this is up from 2011/12 by a third. And calls aren’t the only thing on the rise. The Guardian reports that the use of mental health detention powers by police is also on course to increase. Police used these powers 28,271 times in 2015/16.

Michael Brown, mental health coordinator for the College of Policing, spoke to The Guardian about the surge in calls. And he spelled out why the increase is happening:

Health Secretary Jeremy Hunt likes to talk up his ‘commitment’ to mental health provision, and public healthcare in general. But despite the lip service he pays to the issue, between 2010 and 2015 mental health trusts lost the equivalent of £598m from their budgets each year under his government.

That’s why people are turning to the police with their mental health concerns. Because they’re struggling to find help from these underfunded trusts. And some are even committing crimes to ensure the police’s involvement. One woman, for example, reportedly walked a mile on crutches to smash a shop window in Hereford, before calling the police on herself. She thought that would get her access to help.

The police service itself, however, has also faced austerity cuts. There are now around 20,000 fewer police officers on the UK’s streets because of this. But as Haigh points out, the police are now “increasingly being asked to pick up the pieces of a scandalous lack of mental health provision”.

In short, the Tory government is implementing a failing agenda. Not that it’s admitting that, though, as a Department of Health spokesperson’s comment shows:

Everyone should be able to access the mental health support they need. We have made major improvements in recent years, including setting up the first ever access and waiting standards for mental health and increasing mental health spending year on year to a record £11.6 billion in 2016/17.

As the spokesperson says, everyone should be able to get the mental health support they need. But under the Tories, they won’t; because the party has cut the funding necessary for that. And it has also cut funding for the services that are having to step in and pick up the slack.

That’s untenable. It cannot hold; and neither should the government responsible for doing it.