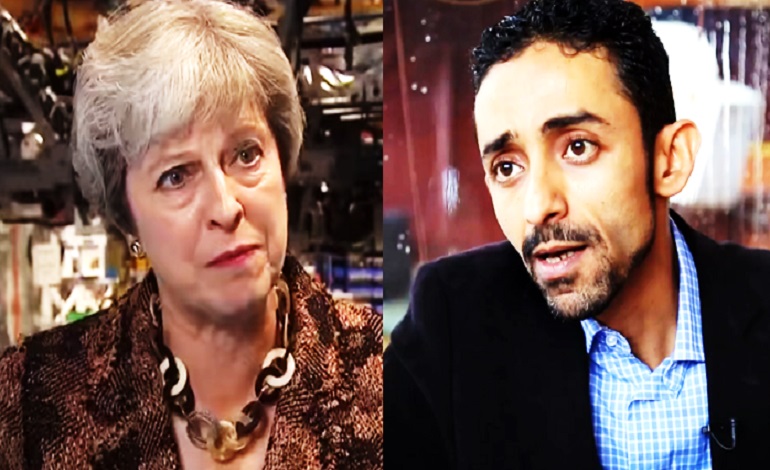 There are growing calls for Theresa May to intervene over the arbitrary detention of a leading journalist. But the politics surrounding the case will probably leave little room for the PM to act. Because on her watch, the UK has fuelled the conflict which has led to the journalist’s disappearance.

Hisham al-Omeisy is an independent journalist from Yemen. But as Amnesty International reported, al-Omeisy was “arbitrarily detained” at around 2.45pm on 14 August in Jawlat al-Misbahi, south Sana’a. It said 15 armed security officers from the Houthi-led National Security Bureau (NSB) took him away.

Two days before his reported abduction, al-Omeisy tweeted that:

Armed goons backed by corrupt officials are forcefully taking real estate properties in Sana'a. They just showed up at my door. #Yemen

His social media accounts have since been silent. But his abduction is odd. Because while his commentary on Yemen is balanced, he is more critical of the Saudi-led coalition than the Houthi-led rebels. As he wrote for Scisco Media in 2016 about the lack of independent reporting on Yemen:

The Saudi-led coalition not only don’t like the slightest hint of negative reporting of its role in the conflict, but view it as a grave trespass on their own ‘private’ affairs. They will take personal offence and pursue to discredit, slander, and punish any who may have crossed a line by publicly criticising their actions in Yemen.

Freedom of expression: a crime?

In Yemen, the Houthi-led rebels are fighting for control of the country against a Saudi-led coalition supportive of exiled President Abdrabbuh Mansour Hadi. And in the middle of this are journalists like al-Omeisy, who claim to speak for the people of Yemen.

Samah Hadid, Director of Campaigns for Amnesty International in the Middle East, said the Houthis’ abduction and detention of al-Omeisy was:

in breach of Yemen’s constitution, which requires anybody arrested to be presented in court within 24 hours. This detention illustrates the lengths to which local Houthi-Saleh authorities are willing to go to silence peaceful activists… al-Omeisy is a prisoner of conscience, whose only ‘crime’ is peacefully exercising his right to freedom of expression, and he must be released immediately.

Social media has reacted angrily to al-Omeisy’s abduction. This has culminated in a Twitter storm using the hashtag #FreeHisham being held at 7pm BST on Tuesday 29 August, to raise awareness of the journalist’s detention. Author and campaigner Ray Woolford told The Canary:

The kidnapping of Hisham is an affront to democracy. Since the Saudi proxy war in Yemen began, he has challenged both sides in the conflict. He has also used his knowledge of English to engage people in the West who are not into the politics of war or even be able to understand the issues. He has inspired people globally to get of the sofa and demand peace. Theresa May has a global leadership role that should include calling for the release of Hisham in line with international law.

But any calls for May to intervene will probably fall on deaf ears. Because during Yemen’s 30-month conflict, the UK has sold £3.8bn of arms to Saudi Arabia. And May has refused to halt arms sales to the Saudi regime, despite widespread accusations of war crimes in Yemen.

Al-Omeisy’s disappearance is not the first in Yemen, and it probably won’t be the last. But what’s so concerning about his abduction is that he is one of the few voices on the ground defending Yemen’s people. His non-political, humanitarian stance has made him a beacon of impartiality during the conflict. And for the sake of a free press, democracy, and the people of Yemen, his release must be immediate.

– Read more from The Canary on Yemen.