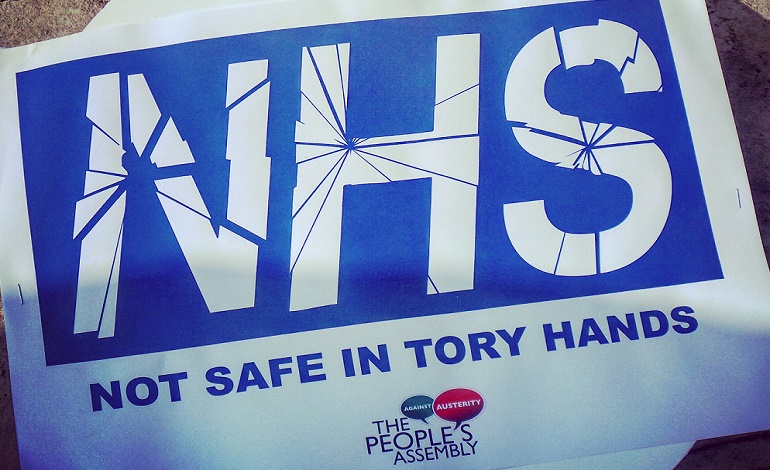 A published survey of more than 30,000 British nurses provides a damning verdict on Tory austerity. Coming at the end of seven years of cuts, it paints a picture of a demoralised NHS workforce and neglected patients. In many cases, elderly or terminally ill patients are dying alone and without proper medication.

The report indicates that the crisis in hospital staffing has reached a tipping point. A quarter of nurses reported having to care for as many as fourteen patients at once. Yet rules established in 2014 state the maximum should be eight patients per nurse. Any more than this constitutes a ‘red flag’.

Nurses reported patients in great pain failing to receive painkillers or receiving no assistance to go to the toilet. Perhaps most incriminating for the government is the statistic that 71% of nurses said their last shift breached national guidelines in one way or another. Often this was due to nurses being transferred into unfamiliar departments to cover last minute shortages.

One nurse, a specialist in elderly care, described being sent to Accident and Emergency where she felt “useless, unsafe and out of my depth”. Another who worked with terminally ill people said that “too many patients are dying alone” which she found “soul destroying”.

I drove home from work sobbing today, knowing that the patients I cared for didn’t get even a fraction of the level of care I would consider acceptable. I would be devastated if my family or friends were in the hospital I work in, as there are just not enough staff to go around.

With Theresa May confirming her continued support for austerity in a speech to the Bank of England on 28 September, there is no sign of improvement in our failing public services. If anything, the NHS crisis looks set to worsen. Following years of closures and cuts, the UK now has fewer hospital beds relative to population than any of the other 14 richest EU countries. In 1988, there were 299,000 beds in England. Today there are just 142,000. Yet the Conservatives’ NHS policy seems to focus [pdf, p5] on ‘demand management’ rather than adequate funding. For Tories, cost cutting apparently takes precedence over care.

The results for our health service are all too clear. Tory austerity is killing it.

– Join the campaign to save the NHS here.