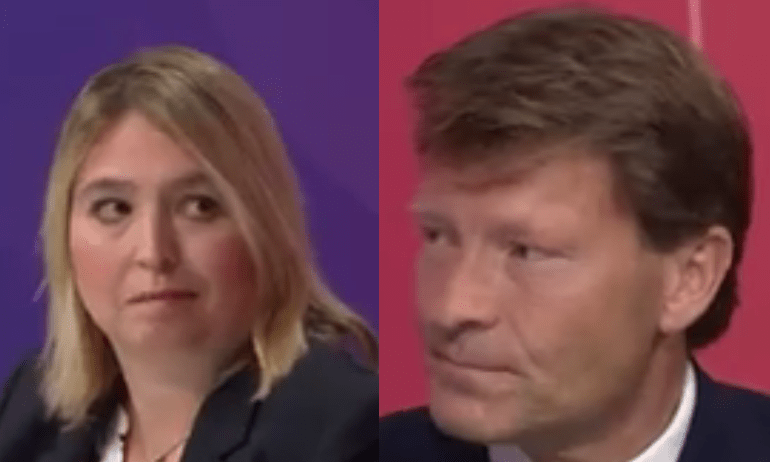 The Secretary of State for Digital, Culture, Media and Sport, Karen Bradley, was left stunned on 28 September. The founder of Leave.EU said Jeremy Corbyn would without a doubt beat Theresa May in another general election.

On BBC Question Time, Richard Tice expressed a total lack of confidence in May:

I’m afraid to say it but if she does complete the full term, Jeremy Corbyn will be the next Prime Minister

Corbyn on course for Downing Street

The Conservatives could well replace May before the next general election. But either way, the signs point to victory for the Corbyn movement. Labour has been ahead in 21 out of 28 opinion polls conducted since the general election. The majority of the most recent polls place Labour three or four points ahead. In June, Labour almost won after starting over 20 points behind.

By contrast, May has been left trying to explain away losing her parliamentary majority. The Conservative leader claimed she did so terribly because she had “not been able to prepare” for the snap election. That’s despite these howling facts:

But it hasn’t stopped there. May rolled out yet another excuse on 28 September. She lamented a lack of people “coming together for debates” during the campaign. But May tried to shut down debate throughout the election. Sky News Political Correspondent Beth Rigby called May’s campaign “the most controlled” she’d “ever seen”. And with good reason:

One reason May is still Prime Minister

The Conservatives are on the run. The only reason May is still in Downing Street is because her party is terrified of Corbyn winning a resulting general election. That’s why Bradley is forced to defend May on Question Time. But Leave.EU founder Tice had to state the obvious: the Prime Minister is toast.

-Boot the Conservatives out with The People’s Assembly.