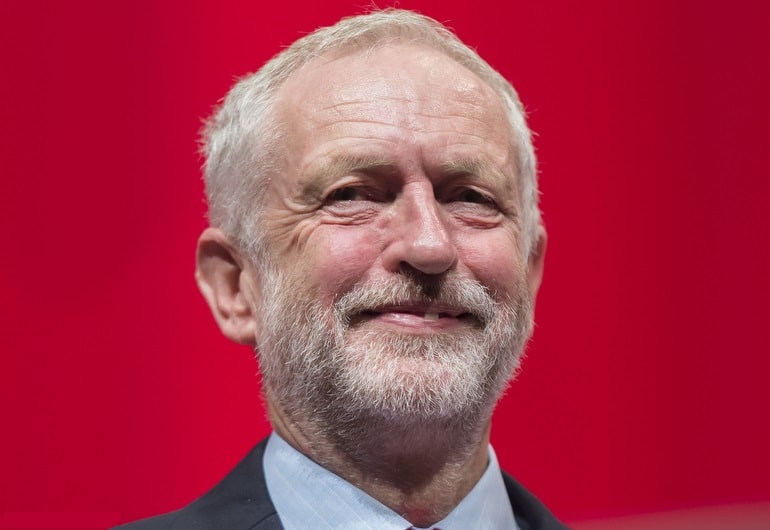 Not since Theresa May lost her majority in the general election has Jeremy Corbyn received news this brilliant. Public support for Labour’s economic policies has become overwhelming, according [pdf] to new polling by Populus for the Legatum Institute.

Huge support for citizen ownership extends to a number of industries, according to the report which was authored by free marketeers [pdf, p.3, 78].

76% [pdf, p.15] support nationalisation of the railways, which Labour promises [pdf, p.19] to bring “back into public ownership as their franchises expire”.

As well as trains, 77% [pdf, p.15] ,of people also support common ownership of gas and electricity In government, Labour would roll out [pdf,p.20] “publicly owned, locally accountable energy companies and co-operatives to rival existing private energy suppliers, with at least one in every region”.

For banks, UK opinion on public ownership is split at 50% [pdf, p.15]. Under Labour, a new national investment bank will [pdf, p.16] support a “network of regional development banks that, unlike giant City of London firms, will be dedicated to supporting inclusive growth in their communities”. Rather than replacing private banks, this new public banking sector will work alongside them. Within the Legatum report, there is even some support for common ownership of food and retail, standing at 35% [pdf, p.15]. Although it seems odd that the report did not allow food, an industry in itself, to standalone in its own category.

But it’s not just opinions on nationalisation that look favourable to Corbyn. General support for capitalism appears to be dwindling. Respondents consistently described the system in negative terms. 42% chose [pdf, p.8] “greedy” as one of their top three associations with capitalism, for example. Even Conservative voters associate [pdf, p.11] capitalism with greed, selfishness and corruption more than anything else. Whereas for socialism, the authors state [pdf, p.11] that public opinion is “far more diverse and far less dominated by negative connotations”. 8% say [pdf, p.8] capitalism “delivers most for most people”, while 17% think that of socialism.

Of course, it’s difficult to describe economic systems in such absolutist terms. Most modern democracies live under mixed economies, where some industries are owned privately and some publicly. For example, in the UK, the NHS is (currently) owned publicly, but the retail industry is owned privately. Indeed, Corbyn is not offering absolute socialism but a mixed economy. This economy extends a form of public ownership to key industries like the railways, but maintains a form of private ownership of the rest. That’s part of the reason Ann Pettifor, an economist who predicted the financial crash, agrees with Corbyn that his economic agenda is “mainstream”.

Another boost for the Corbyn movement

Support for other Labour policies is also strong, according to the research. British people also believe [pdf, p.22] the pay of senior executives should be capped, more government regulation is needed and that the government should intervene in the housing market.

By the looks of this research, Corbyn is in a very strong position. There is huge support for a variety of Labour’s core domestic policies. This may well be the most banging news the Labour leader has heard since May lost her parliamentary majority in June.

-Take down the privatisation scam with We Own it.