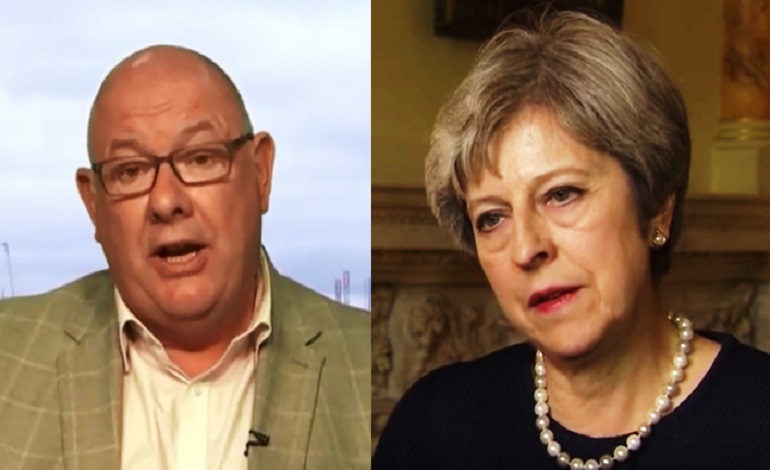 The boss of one of the UK’s largest trade unions just issued a warning to the Conservative Party conference. And it’s one that it may like to heed, as it points to the real possibility of a ‘winter of discontent’ from workers up and down the UK.

Now is our winter of discontent?

The General Secretary of the Communication Workers Union (CWU), Dave Ward, appeared on ITV Peston on Sunday. Ward was discussing his union’s forthcoming result on a ballot over industrial action against Royal Mail. But when Peston asked [4.00] whether the CWU action was “the beginning of a winter of public service strikes”, Ward didn’t mess around.

Well, I’ll tell you what I do believe. I think that workers everywhere in the UK are under incredible pressure at the moment. There’s been an explosion of insecure employment, and terms and condition are not great for workers.

And he warned [4.25] that the country, and the government, will see “workers coming together to fight for a new deal”:

As The Canary previously reported, on 5 September, the CWU announced it will be balloting its 110,000 members who work for Royal Mail Group for strike action. The vote comes after a sustained campaign by the CWU called ‘The Four Pillars’. It has been highlighting numerous areas in which it claims Royal Mail is letting its workers down. The CWU says it represents:

As the CWU has outlined, it is overarching, highlighting [pdf] Royal Mail plans to:

But the pensions row is at the heart of the dispute. Royal Mail wants to end the defined benefit pension scheme; which currently gives staff a fixed yearly payment when they retire, based on their average wage. It also wants to shift workers onto a defined contribution scheme, which guarantees that workers get what they paid in when they retire; but which links any extra money to trading on the stock market.

Royal Mail says it is doing this because of costs. But the CWU says the new scheme would mean workers losing a third of their final pension pot. And the two sides have been locked in a dispute over this for most of 2017.

The result of the CWU ballot will be made public on Tuesday 3 October. A Royal Mail spokesperson said:

But as is often the case, it is the workers who bear the brunt of what amounts to a private company raking in profits. Because senior management, for example, are not affected by the pension changes. They are on a different scheme; one which has been paying in £200,000 a year for some. And while the dispute has been going on, Royal Mail has paid out £770m in dividends to shareholders.

The CWU possible action sums up the feeling among many workers in the UK. Because while bosses are enjoying bigger bonuses, bigger pensions and bigger dividends, their staff are having to fight for the crumbs off their tables. As Ward said, workers are under “incredible pressure”. And there’s only so much more they’re willing to take.

– Support the CWU campaign using the hashtags #FourPillars and #RiseUp