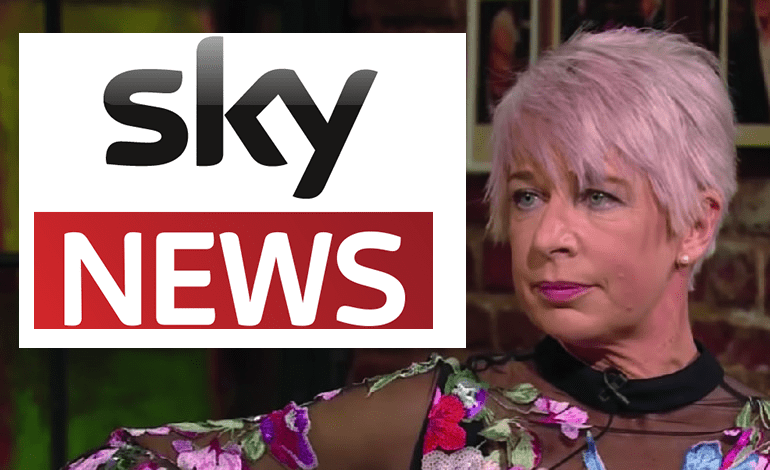 Sky News was too late deleting a tweet that even Katie Hopkins couldn’t stomach. Sky‘s tweet appears to refer to a brutal police crackdown on democracy in Catalonia, Spain:

Seeing public opinion is massively different to Murdoch on this, Sky News deleted this tweet. Luckily we got a screenshot #CatalanReferendum pic.twitter.com/peNjJbM07K

Hopkins branded the post “pure malevolence” before the media organisation deleted it:

You know you’re in trouble when the woman who said “Rescue boats? I’d use gunships to stop migrants” thinks you’ve gone too far.

On 1 October, a Catalonian referendum for independence took place. It went ahead in spite of the Spanish constitutional courts suspending the region’s referendum law because it may breach the constitution. So the Spanish government is trying to justify the police crackdown because it views the vote as illegal. But over 70% of Catalonians want the referendum to go ahead, according to polls.

At the time of writing, Catalan officials said police had injured at least 460 people trying to vote.

On top of that, the Spanish police have reportedly been attacking firefighters:

The Spanish police are now beating up Catalan firefighters. This is an absolute shocker. #CatalanReferendum pic.twitter.com/zJeTATJQxJ

Other videos show police using what looks like excessive force, including the use of rubber bullets:

Dear @JunckerEU :
Article 7 of the European Union Treaty
"Suspension of any Member State that uses military force on its own population."
Please share.#SpainOutOfEU#ShameOnSpain#CatalanReferendum pic.twitter.com/WUfBoAf75N

As well as the national police, the Spanish government sent the Guardia Civil – a Spanish paramilitary force – to shut down the referendum.

Still, Sky News posted a tweet that people said ‘threatened’ the Catalonian people further. The Canary approached Sky News for comment but had received none at the time of publication.

In a different approach, Jeremy Corbyn condemned the violence:

Police violence against citizens in #Catalonia is shocking. The Spanish government must act to end it now.

Others joined the Labour leader in speaking out against state oppression:

Nothing can justify the brutality of the Spanish gov against Catalans trying to vote. I call for global condemnation #CatalanReferendum

#CatalanReferendum legal or not, today marks the begining of the end of Spanish rule in Catalonia. Disgusting scenes of violent oppression!

Social media users felt the tweet from Sky News had an oppressive tone and showed sympathy towards the police. Clearly, paramilitary troops forcing people to stop voting in a referendum is dangerous.

It’s worrying that some people think branding direct democracy ‘illegal’ justifies the use of violence to try and shut it down.