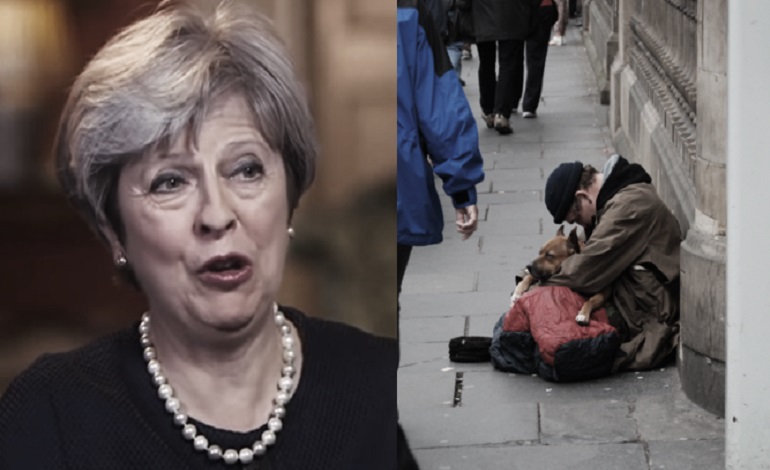 A homeless man living with autism spectrum disorder (ASD) turned up to a court appearance a day early to plead with the judge to jail him. The reason given? So he could “spend his birthday somewhere warm”. And his case serves to highlight the growing homelessness crisis the Conservative government is presiding over.

Bradley Grimes, 22, from the Middlesborough area was appearing in court charged with breaching a four-month suspended jail sentence. He turned up in court early with three bags of personal belongings. But Grimes, whose birthday is on Monday 2 October, also had a social worker speak on his behalf. And as The Gazette Live reported, they said:

His is a very sad case, but there is no easy solution. At least in prison he will wake up on his birthday somewhere warm and he will be fed.

Grimes was taken into care at the age of seven, and later found to be living with an “ongoing” brain tumor, reportedly brought on by years of neglect. He was also diagnosed with ASD, having a mental age of a 10-12-year-old, blackouts, eyesight difficulties and a poor memory. A court previously recorded him as being:

A vulnerable adult… Clearly it’s his vulnerability that causes a problem. Although he’s a large tall individual, he presents as a child. He’s immature, he’s vulnerable and ordinarily there’s an appropriate adult when he’s in the police station.

‘Fallen through’ the system

In March 2017, Grimes was charged with possession of a bladed article, after an altercation outside a nightclub. At the time, a judge gave him a suspended sentence because he said the risk of him reoffending:

may be higher after…a short prison sentence. The risk of re-offending may be diminished as a result of the help [he’ll] be given from the probation department.

He is currently homeless and has asked me for the suspended sentence to be activated. The only reason he is asking for that is that he finds himself in an impossible situation in that he has no home. He has been in care homes since he’s was seven and he has fallen through the care system… he has been sleeping in doorways of shops.

Grimes’ case highlights a number of issues, not least the growing homelessness crisis. Because as the National Audit Office found in its latest report into homelessness, the Tories have presided over [pdf p16] a:

But ultimately, Grimes got his wish. The judge delayed sentencing until 9 October and remanded him in custody. So, Grimes will be spending his birthday in a prison cell.