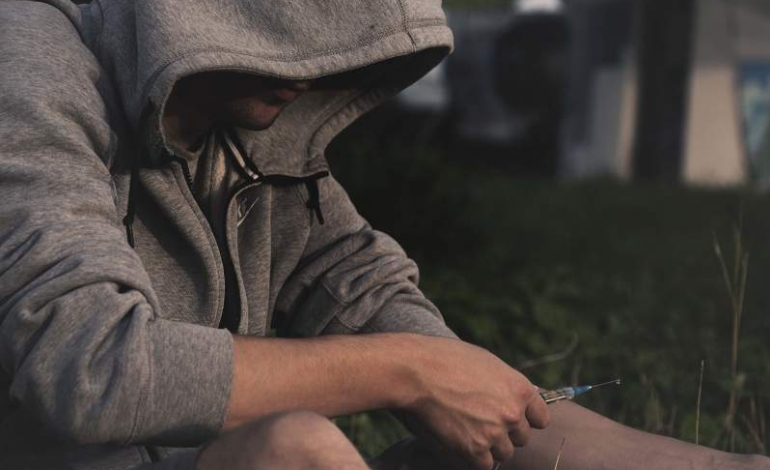 Councillor Frank Fahy, the former mayor of Galway, attended a City Joint Policing Committee (JPC) meeting to discuss drug addiction and dealing. Fahy argued that a much more progressive policy is needed to address the city’s heroin problem. And so he suggested the establishment of supervised injection facilities (SIFs). These are centres where heroin users can inject in a safe environment.

The use of heroin in this Irish city is evident in many ways. Residents have been victim to a spate of reckless ‘heroin-fuelled’ burglaries. Burglaries have increased by one-fifth this year. And it turns out many of the perpetrators – who are on Galway Gardai’s watchlist – are heroin users.

Residents say heroin use is prevalent near the Riverside Estate playing field. One local said:

Having heroin users based in a park where kids are playing and families are walking is crazy – just pure madness… I do feel sorry for them – like God love them it is a disease and they are in stuck in a rut of addiction, but this is not the place for them.

This resident said a lot of dealing also goes on in the area. In addition, there are many places in the city where used syringes, tinfoil, spoons and cooking pots can be found, not just near the Riverside Estate playing field. An area known as the ‘Plots’ in Woodquay is also littered with this drug paraphernalia.

The socioeconomic roots of drug addiction are also worth highlighting. Many families in Galway are in poverty. And a study has established a causal link between poverty and drug abuse. So while SIFs may be effective and necessary, they would treat the symptom of the problem rather than the cause.

The benefits of SIFs

SIFs could potentially tackle drug use in various ways. If users had a sterile facility they could go to, away from the public, then this would benefit both users and local residents.

Glasgow has already proposed a plan to open a SIF in order to reduce the harm associated with injecting heroin, including drug-related deaths, HIV and other injection-related complications. And as The Canary previously reported, France opened its first SIF in a Paris hospital. This followed data showing that 10% of drug users have HIV/AIDS and 40% have hepatitis C.

It may seem counterintuitive that creating a sanctioned centre for drug addicts to take an illegal drug would be beneficial. But the evidence so far has been promising. A systematic review [pdf] found that SIFs did not increase drug injecting, dealing or crime in the surrounding area. Instead, these centres are associated with decreased levels of public injections and dropped syringes.

There has increasingly been a push for a harm reduction approach to drugs in the UK. The Loop, a drug testing service, has been present at festivals such as Boomtown and Secret Garden Party. The charity aims to reduce harm by informing festival goers whether they have been mis-sold a drug. Staff can also tell users how strong the substance is.

But this harm reduction approach has not been met without criticism. The Mail on Sunday columnist Peter Hitchens debated the subject with Steve Rolles, Senior Policy Analyst at Transform Drug Policy Foundation. Hitchens is against drug testing at festivals because it is “a deliberate campaign to undermine the idea the law should be obeyed”. He is dismayed that the possession and use of illegal drugs is being tolerated in this way by the police force. It’s a “mockery of the law”, in his opinion.

Does the law need to be changed?

Perhaps this inconsistency between the law and reducing harm reveals why existing drug laws are out of date. As Rolles says:

Enforcement approaches have been tried with different levels of intensity all around the world and what there isn’t is any clear link between the intensity of enforcement and the level of use… What it does do is encourages risky behaviours and makes drugs more dangerous and drives people away from the kinds of health services that can actually help them reduce the risks they’re exposed to.

Of course, it’s the job of the police to enforce the law. But when the lives of people are at risk from the fact that drugs are illegal, maybe public safety should matter more than strict law enforcement.