NHS chief slams hospitals as ‘wholly unsatisfactory’. But the truth is more complicated - The Canary 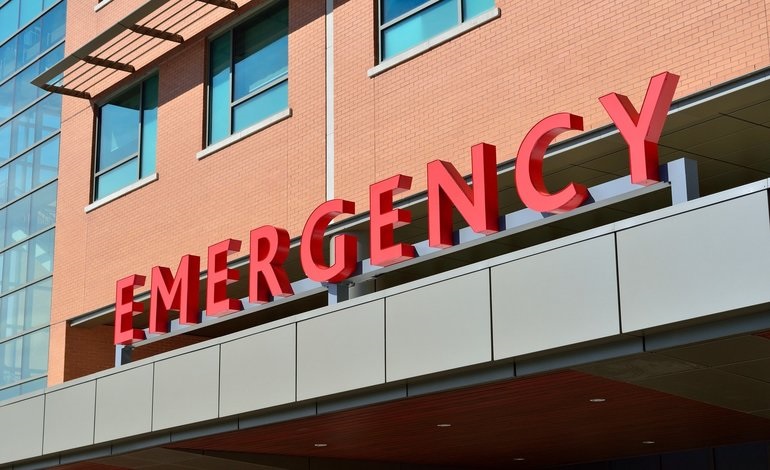 The NHS is facing mounting pressure as the chief inspector of the Care Quality Commission (CQC), Professor Ted Baker, slammed services. And with concerns over bed shortages this winter, this critique has teeth. “Wholly unsatisfactory” practices and “learned helplessness” are just two of many indictments fired at staff and service alike. But doctors are concerned that Baker has missed the real issue: that it is the government, not the system that is failing.

Baker claims that the NHS model of care hasn’t changed since the 1960s. And that changes in population and care demands will soon mean struggling services may not be able to cope. Indeed, the UK population has risen by over 500,000 since 2014, while at the same time bed numbers are dropping.

And his criticisms don’t stop there. The most damning criticism is of NHS services themselves. Baker claims that accident and emergency departments are rife with “learned helplessness”, where it’s normal to “pile patients in corridors”. He went on to claim that the system was “not acceptable”.

Dr Bob Gill, producer of The Great NHS Heist, agrees that services are stretched but not for the same reasons. He told The Canary:

We currently have the lowest number of beds per head of population than all other comparable European nations. Lack of beds, funding and staff will inevitably lead to a failure of the service.

In fact, it seems Baker’s comments focus on just a small part of the problem. As Labour MP Clive Lewis told The Canary;

There is no simple explanation for the causes surrounding the crisis in our NHS at the moment. Undoubtedly the 2011 Health and Social Care Act has played its part in exacerbating problems already in motion.

Baker’s words could not come at a worse time. With the NHS at a record deficit and crisis levels of bed shortages, the system is near breaking point. Worse, a drop in applications from junior doctors to train as specialists and a spike in staff leaving means resources are stretched even further.

The NHS stands accused of simply being outdated and unable to cope with change. Baker further stated:

That is the fundamental thing that needs to change; we need a model of care that is fit for the 21st century and the population as it is now

But Baker’s claims have not been taken lightly. And Gill believes the problems lie elsewhere. He believes the NHS is “absolutely not” out of date. And he has a different explanation for NHS failure:

The NHS has been set up to fail by consecutive governments through marketisation.

His concerns are that current failures reflect a more sinister agenda:

NHS failure is engineered by government policy in order to soften up the public for more privatisation and the switch to an American style insurance-based system.

And these thoughts are shared by Lewis:

Anyone who doubts the stealth privatisation of our NHS should go and visit the photographic art exhibition entitled: ‘How Come We Didn’t Know’. The increasing privatisation and fragmentation of the NHS is clearly exacerbating the problems confronting the NHS.

As winter approaches, the NHS faces increased patient numbers under worsening conditions. And Baker is stoic in his assessment of what must be done. Reforms must be implemented before it’s too late. He said:

I think the one thing I regret is that 15 or 20 years ago when we could see the change in the population the NHS did not change its model of care.

But as Gill says, simple reforms may not solve the problem. He argues that the solution lies with a change in the government’s approach to the NHS:

What needs to happen is immediate abandonment of the political project to privatise the NHS.

And Lewis issued a warning that Baker needs to understand:

The fear amongst many now is that the NHS is being set up to fail.

With Baker’s assessment revealing the precarious situation the NHS now faces, it is clear that action must be taken. But the real story seems to be the disconnect between service and demand, which may land at the Conservatives’ door. Baker’s words pale in comparison to accusations of deliberate destruction and may be nothing more than a smokescreen for something much darker.

– Check out more articles from The Canary on the NHS