The UK's oldest MP runs so many rings around a journalist, the guy has an existential crisis [VIDEO] - Canary 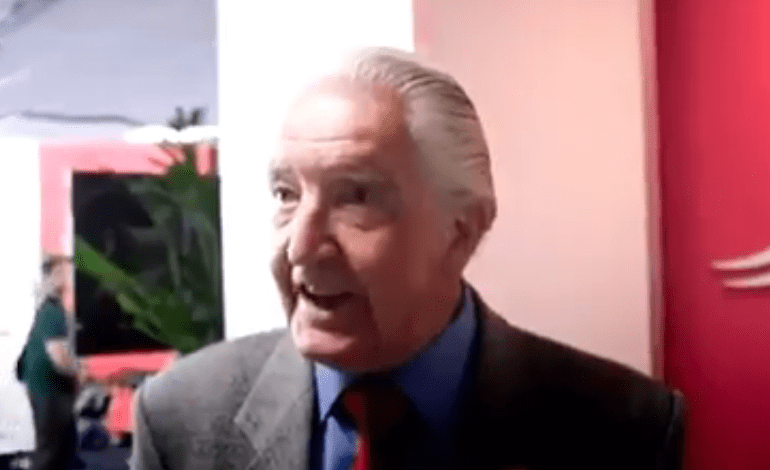 The UK’s oldest MP was running rings around the media at the Labour conference. During one exchange, Dennis Skinner left Huffington Post Deputy Editor Owen Bennett in what looked like an existentialist crisis after challenging the journalist’s fundamental beliefs.

‘You’re not somebody outside the perimeter’

Mid-way through the interview, Skinner flipped the conversation on its head with a series of questions for Bennett:

Do you think it was wrong for Nye Bevan [Health Secretary in the 1945 Labour government] to build the NHS, to save your life?

After a volley of questions from Skinner, Bennett simply replied:

But the MP for Bolsover wasn’t having it:

So why don’t you understand that you are part of society?

It’s time that you understood that you’re not somebody outside the perimeter – you’re involved. You are somebody that could be affected by all the proposals that you’ve heard today from Dave [Ward, General Secretary of the Communication Workers’ Union] and other people. But somehow or other you people connected to the television / media think you’re above it all. You’re not!

Through turning the interview upside down, Skinner shows that journalists often believe they exist outside of politics. But in reality, everyone – including journalists – has political opinions and ideologies which determine the questions they ask.

Skinner, who has represented Bolsover since 1970, rounded off the exchange:

You’re vain, conceited, you believe that nobody should argue with you.

Yes! When you say it’s not your business, that’s what you’re saying. You’re fired!

As Skinner points out, journalists have political opinions the same as anyone else. Ideology determines the stories journalists select and how we report them. So citizens should be wary of anyone in the media that claims absolute impartiality. It does not exist.