'Ferdinand' looks set to be a Christmas blockbuster, but it actually has a sobering message [EXCLUSIVE] - Canary 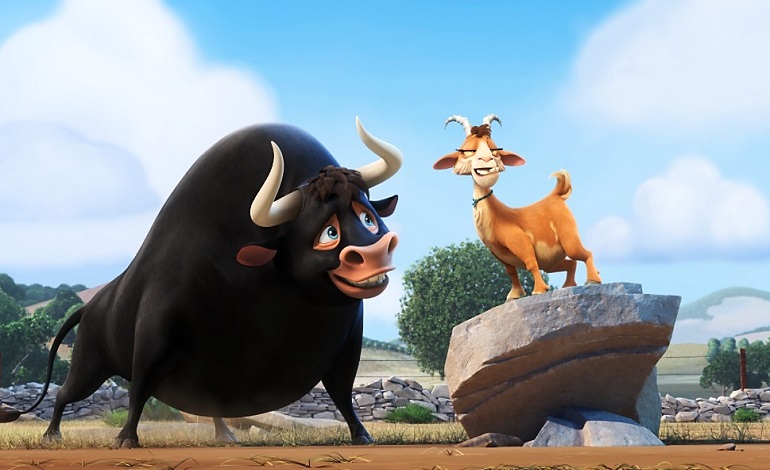 The latest animated film set to be a Christmas blockbuster is Blue Sky Studios’ Ferdinand. But behind the smart animation and laugh-out-loud script is a very sobering message that both young and old need to hear.

Ferdinand, from director Carlos Saldanha, is based on the book The Story of Ferdinand by Munro Leaf and Robert Lawson. When it was first published in 1936, the book was seen by many as a pacifist rallying cry against Spain’s General Franco. The film is pretty faithful to the original, bar the updated animation and some creative licence to make a 108-minute feature. It also delivers on the book’s underlying message.

The eponymous character is a bull, voiced by wrestler John Cena, reared for the bullring like his late father. But Ferdinand soon realises he’s not happy, and decides to escape the ranch. He ends up living on a farm with a girl called Nina and her father. Spending his days smelling flowers and generally behaving like a genetically-modified puppy, Ferdinand quickly grows up. And he’s huge.

But an unfortunate turn of events sends him back to the Casa del Toro bull ranch. So Ferdinand’s peaceful and kind-hearted nature is tested to the limits, as he ends up in a bullring in Madrid.

It is the film’s finale, preceded by Ferdinand’s cleverly-crafted backstory, which embodies its strong messages. There are nods to anti-bullying, individuality, and the book’s original pacifist stance. But the film’s obvious hint at being anti-bullfighting comes at a time when the ‘sport’ has been making the headlines in Spain.

Currently, bullfighting in Spain is only effectively banned in the Balearic Islands, after the government overturned a ban in Catalonia in 2016. But the Spanish government is looking to throw out the Balearic ban too.

Bullfighting supporters say it is part of Spain’s cultural identity. Opponents argue it is outdated and cruel. And some see the Spanish government’s position as politically motivated – at a time when its authority is being tested in Catalonia.

So the reaction in Spain to the film’s release will be closely observed by those for and against bullfighting.

As a film, Ferdinand succeeds on most levels. The animation is super-slick, and the gags are as good for grown-ups as they are for kids; don’t miss the ‘dance-off’ sequence. And while the soundtrack is banal, the script and cast deliver in droves. But more importantly, Ferdinand will probably spark more controversy about bullfighting, at a time when the debate is as heated as ever.

– Ferdinand is on UK release from 9 December.