We didn't want to write about Katie Hopkins again. But then she got prank called... [VIDEO] - Canary 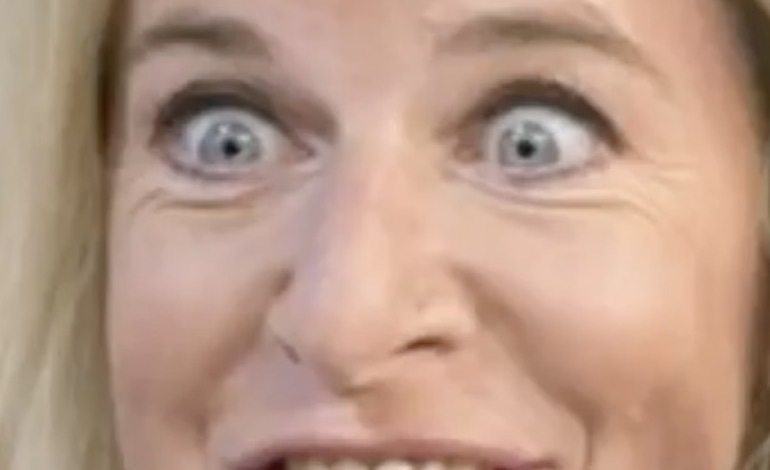 Although we said we’d never think about Katie Hopkins again, this phone prank is just too delicious not to share.

Hopkins’ response is priceless. She laughs and seems genuinely flattered by the invitation.

Speaking exclusively to The Canary, Prowse explained the prank:

It’s interesting for me as a satirist that the news daily out-satirises satire. Things are so weird. Everyone has become the most extreme versions of themselves.

And when I call up Katie asking her to be a judge on a whites only beauty pageant, she doesn’t bat an eye lid. It’s all very odd.

Hopkins doesn’t skip a beat throughout the call. She’s onboard with this “fantastic celebration of British indigenous womanhood” [0.25] from the start. When Prowse explains that the pageant will select a winner through “perfect skull shape” [1.17], “who can tell Halal from normal meat” [1.25], or “how to fight off a Muslim grooming gang” [1.38], she carries on laughing.

Not even first choice…

Costello started anti-austerity group UK Uncut and works with Prowse as ‘Unfollow Everything’. In 2016, they collaborated in the BBC 2 documentary The Town That Took on The Taxman.

Prowse explained that he does “loads of prank calls. To Tim Farron, Michael Gove, Number 10…”. And he came up with the Miss Brexit idea “having a pint” with Costello and other friends.

But Hopkins wasn’t actually first choice for the call. He said:

We wanted to call Donald Trump Jr with the same gag. Cos someone gave me his number. But we couldn’t get through.

This phone prank is hilarious, because Hopkins has no idea that she’s been set up.

What isn’t quite so funny is that her unpleasant views exist in the first place. Let’s hope this really is the last time she’s ever heard of.

– Support Unfollow Everything on Patreon so they can make more videos like this one.