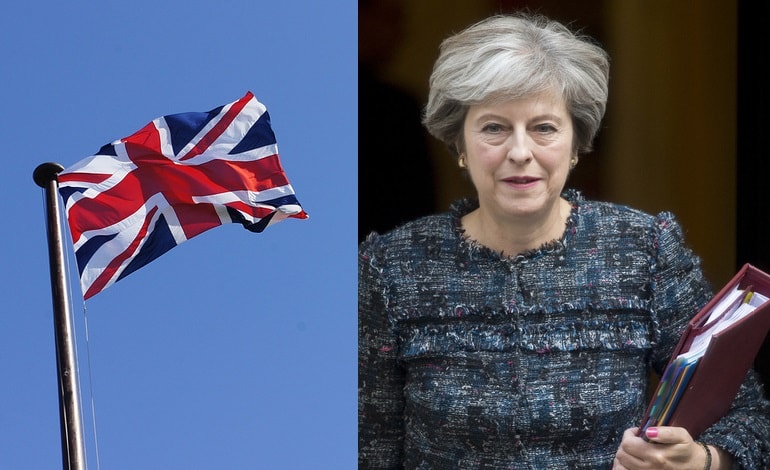 A historic call from Northern Ireland has threatened Theresa May with the end of the UK.

A united Ireland over hard Brexit

Duncan Morrow, a politics lecturer at Ulster University, says the result may be the first time a poll in Northern Ireland has shown “a majority for a United Ireland in any circumstances”. 47.9% of respondents would join Ireland to avoid a hard Brexit, according to the survey by Lucid Talk published on 7 December. Just 45.4% opted to stay in the UK.

Lucid Talk published the survey on 7 December. The polling company accurately predicted the Brexit vote in Northern Ireland within a 1% margin. While the UK as a whole voted to leave, Northern Ireland voted to remain in the EU by 56%.

The survey issued the following conditions for the question on joining the Republic of Ireland: “in the context of a ‘Hard Brexit’… leaving the EU with no deal on the border, the Good Friday Agreement or citizens’ rights”.

A majority in Northern Ireland, 57.8%, also support a ‘special status’ for the North within the EU, according to the poll commissioned by the European United Left/Nordic Green Left (GUE/NGL) group in the European Parliament.

The Prime Minister wanted to “strengthen the union”

In May’s flagship Lancaster House speech on Brexit, May pledged to “strengthen the union”:

A stronger Britain demands that we do something else – strengthen the precious union between the four nations of the United Kingdom.

But it turns out that more people in Northern Ireland would rather break away from the UK than carry out a hard Brexit.

It looks like another one of May’s promises has gone out the window.