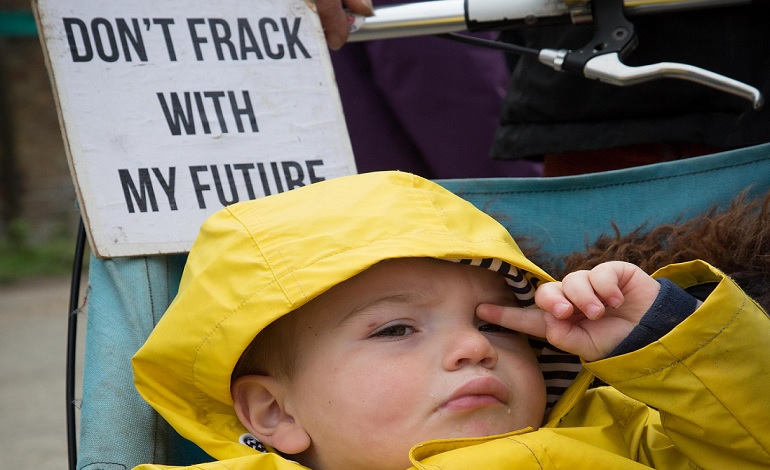 Correction: The headline of this article was corrected on 31st January 2018. It initially referred to ‘false information’ this has now been changed to ‘unauthorised information’ as detailed in the article below.

A fracking company has been caught using unauthorised information to “sway” a council decision in its favour.

Preston New Road, near the village of Little Plumpton, is at the centre of a row over fracking. Cuadrilla has permission to frack the site. But local people are against the company’s plans. And they have stepped up their protests since January.

The government gave the go-ahead for Cuadrilla to frack there – reportedly the first site of its kind in the UK – last year. The company officially began work on 5 January. And ever since, protesters have been at the site.

The government’s decision to let Cuadrilla frack has been controversial. Lancashire County Council originally refused the company’s application to frack the site. Then, Communities Secretary Sajid Javid stepped in last October and gave the company permission.

But at a council meeting on 13 December, a vote was passed to allow Cuadrilla to make 24-hour deliveries to the site. As DrillOrDrop reported:

Cuadrilla argued that overnight deliveries to Preston New Road were needed because the site had been targeted by anti-fracking protesters… [Its] application said:

‘During the month of July 2017, there was a number of occasions where ambulances responding to emergency calls were unable to get to their destination using the fastest possible route due to incidents outside of the Preston New Road site…’ 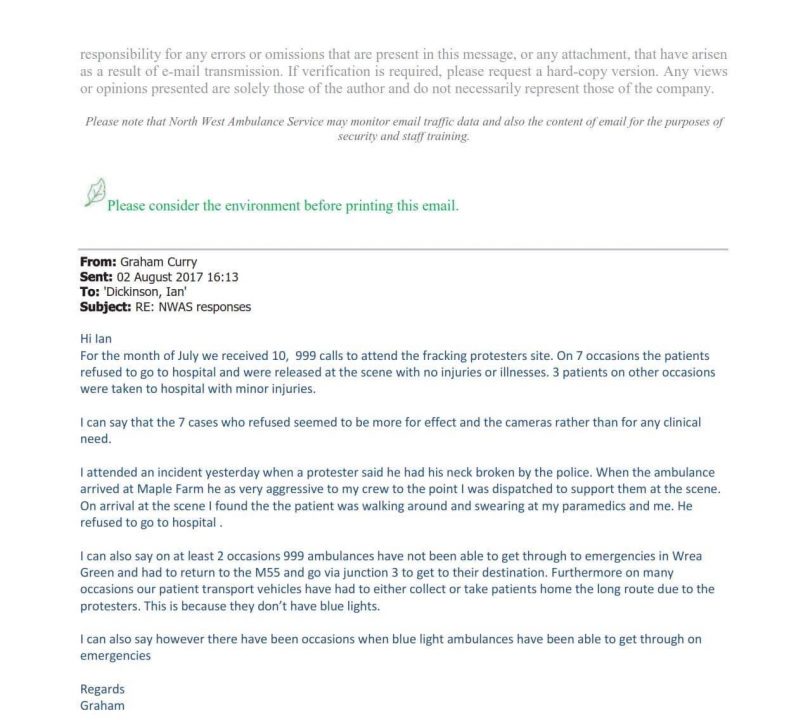 But on 14 December, a Freedom of Information request (FOI) by Claire Stephenson of campaign group Frack Free Lancashire revealed the North West Ambulance Service had no knowledge of Curry’s email, nor evidence to support his claims. As DrillOrDrop noted, the ambulance service said: 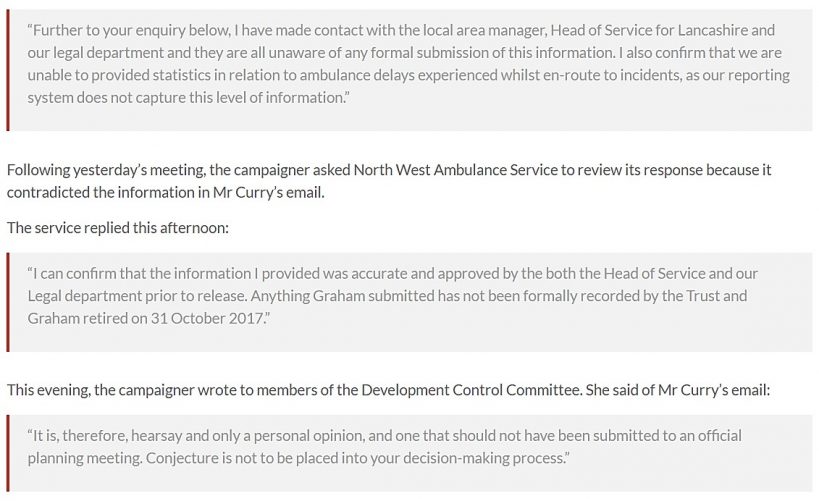 Cuadrilla and the council say…

The Canary asked Cuadrilla and Lancashire County Council for comment.

The information was provided in an email at the request of the Police and Crime Commissioner’s office by Graham Curry who, at the time, was sector manager for South Lancashire and Fylde at the North West Ambulance Service, and was directly responsible for the ambulance crews that experienced this appalling behaviour at the hands of protestors.

Lancashire County Council did not respond to repeated requests from The Canary.

But Stephenson sees it differently. She told The Canary:

It is quite astounding how an unauthorised statement, from someone who did not have permission to submit it on behalf of an official body, has been allowed to potentially sway a planning enquiry to a fracking company’s benefit. We have to question: who do our councillors and planning officers work for? We are currently seeking advice on how to proceed with this.

As The Canary reported on 12 December, the Environment Agency has already agreed to alter the terms of Cuadrilla’s contract in its favour. So this latest move by the council suggests that, when it comes to fracking and big business, companies can plough through democracy at will.

This article was updated at 10am on Wednesday 21 December to reflect the fact that the Preston New Road site is “reportedly” the first of its kind in the UK, relating to horizontal drilling for shale extraction.