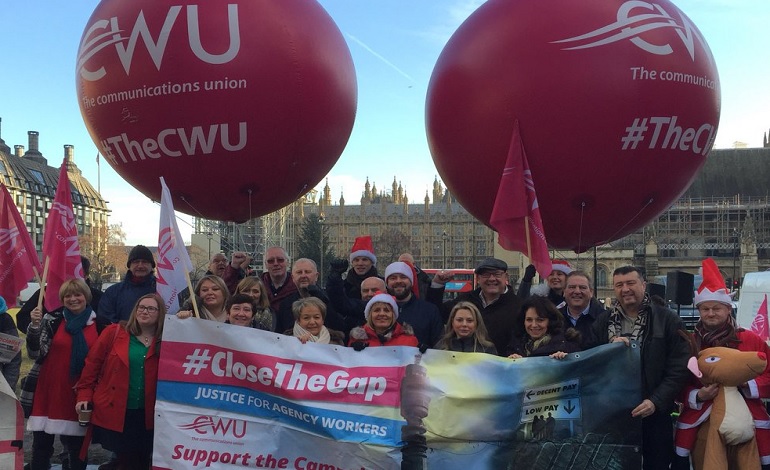 As parliament starts to wind down for the year, one group of workers has taken its campaign right to the doors of Westminster. And it’s highlighting an issue that would potentially affect hundreds of thousands of people.

The Communication Workers Union (CWU) has launched its ‘Close the Gap’ campaign. The union is highlighting the difference in pay, terms and conditions between regular British Telecom (BT) staff and agency ones. And on Tuesday 19 December it took its message to parliament: 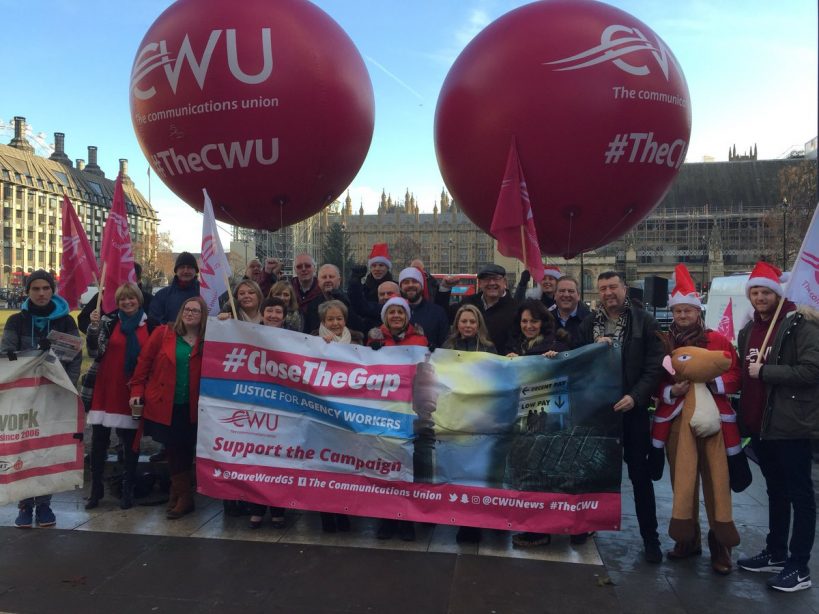 The CWU annual conference passed a motion declaring that it would:

Mount a campaign to eradicate the low pay rates of our Manpower [the employment agency] employees on the BT contract to ensure, at a very minimum, that they are paid the Real Living Wage.

Close the Gap has five objectives:

The CWU said that PBAs:

Have been used to artificially keep pay rates low. While this may not be in breach of the law, it is morally wrong.

BT is committed to fair rates of pay for anyone working on behalf of BT Group. Given the nature of our business, we need to get the right balance between permanent and flexible roles, and we achieve this partly through the use of agency staff. Pay levels for agency workers are determined by the agency and the requirements set out in the relevant legislation, and will vary depending on the role.

The Canary contacted Manpower for comment, but received none by the time of publication.

While the CWU campaign focuses on two specific employers, it is estimated [pdf, p4] that a third of all agency workers are on PBA contracts. And with the number of agency workers expected to hit one million by 2020, this is a very real problem that won’t be going away.

– Support the CWU campaign using the hashtag #CloseTheGap and sign the petition.