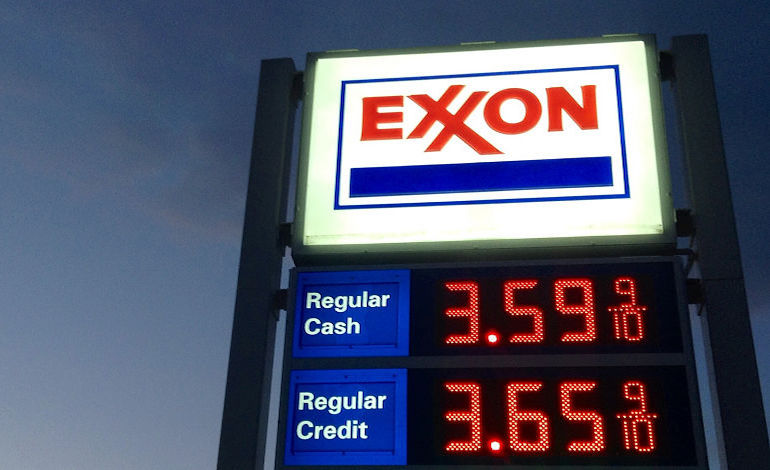 New York City has announced a move that could mean a day of reckoning for the oil industry. It’s taking some of the most powerful oil companies to task by suing them.

BP, Exxon Mobil, Chevron, ConocoPhillips and Shell are the five companies that New York Mayor Bill de Blasio says the city is suing for their contribution to climate change.

But de Blasio isn’t stopping there. He also says the city will divest the US$5bn that its pension funds currently hold in fossil fuel companies.

Speaking along with others in New York City, de Blasio referred to the devastation caused by Hurricane Sandy, a deadly storm that hit the city in 2012. De Blasio said [-1:38:52]:

Climate change is real. It’s a painful, horrible reality. But today, we talk about how we break the cycle. How we as a city, how we as a people, how we eight and a half million strong, will no longer participate in a system that endangers our very own people. And it’s time to do something different in New York City, isn’t it?

Part of New York City’s vulnerability is that it is surrounded by water. So rising sea levels caused by global warming will mean storms like Sandy are more likely to cause harmful floods. The news also comes as research shows that climate change will pose a major threat to millions of people living around rivers.

Taking on the giants

The city announced the lawsuit against the oil companies on Wednesday 10 January. New York state had previously subpoenaed (request for evidence by court order) documents from Exxon, in 2016, in a bid to uncover whether the oil company misled investors over the risks of climate change. These are accusations Exxon is challenging, and it has argued that action against it is political.

But it’s not just New York taking on the oil industry.

Exxon is fighting a Massachusetts investigation as well. And California cities San Francisco and Oakland filed lawsuits against the five companies for causing harm to the public; as did California counties Marin and San Mateo, and Imperial Beach in San Diego county.

Such action is a departure from US President Donald Trump’s position of ignoring the threats from climate change. Trump pledged to withdraw the US from the landmark Paris agreement, which set in motion actions to reduce greenhouse gas emissions in order to keep the global average temperature down. Campaigners used the second anniversary of the Paris agreement to call for more effort to encourage divestment from fossil fuels.

New York City will now become one of a growing number of cities divesting from at least some types of fossil fuels, as well as universities, including Oxford and the London School of Economics in the UK.

The move is bold and worthy, and it may now increase pressure on other towns and cities to follow suit.

– Join a campaign like Fossil Free UK or 350.org and lobby for fossil fuel divestment.

– Write to your MP and raise your concerns about climate change and North Sea oil exploration.