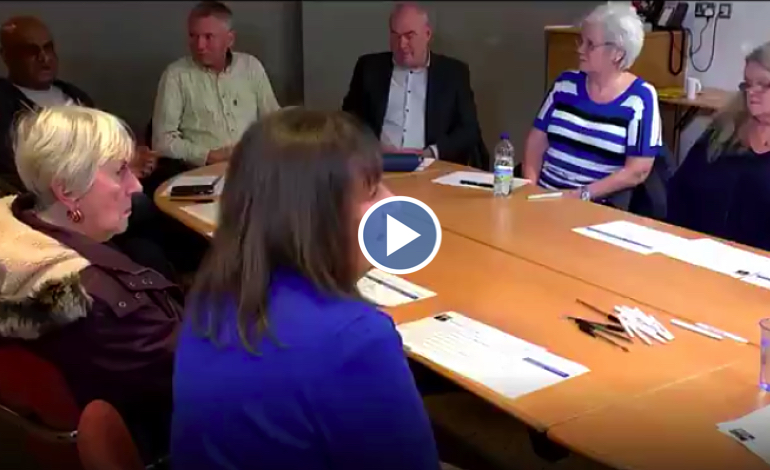 A BritainThinks focus group broadcast on ITV had some terrifying insights for Theresa May on reshuffle day:

BritainThinks focus group of swing voters as featured on @itvnews at 10 now: our voters don't have any good news for @theresa_may on #reshuffle day with @debmattinson & @morrell_lucy pic.twitter.com/o3DMGD962T

The group asked swing voters about their views on Jeremy Corbyn and May. Swing voters are those who could give their vote to any political party, and will be crucial to both Corbyn and May in the next general election.

But the focus group revealed that the voters weren’t too complimentary of the PM:

I thought she was gonna be brilliant, but the way she handled her election run-up was disastrous.

Another voter thought she was falling short of the previous female PM’s legacy:

I think they’ve put Theresa May in charge to think that everyone will think ‘Oh look another Mrs. Thatcher’. And she’s… not a patch on her.

And yet another did not think she was charismatic enough:

And I’ve always been a Conservative.

The weaker May’s got, in my opinion… he’s got stronger.

Whether you believe him, what he has to say, you’d be clear about what it was.

And I’m not clear about what Theresa May has to say.

Others grudgingly agreed he was stronger than the current option:

I don’t like Jeremy Corbyn either because of some of the Labour policies… he has. But I think he would be a stronger leader than Theresa May.

The responses are great news for Corbyn, who has had his fair share of criticism, even from his own party. But receiving this praise from past Conservative voters and swing voters is both telling of his own strength and May’s weakness. Maybe the Prime Minister should be worried.

– Read more articles from The Canary on Theresa May and Jeremy Corbyn.