It's official: mental health services are so bad 'you have to be sectioned before you'll be treated' - The Canary 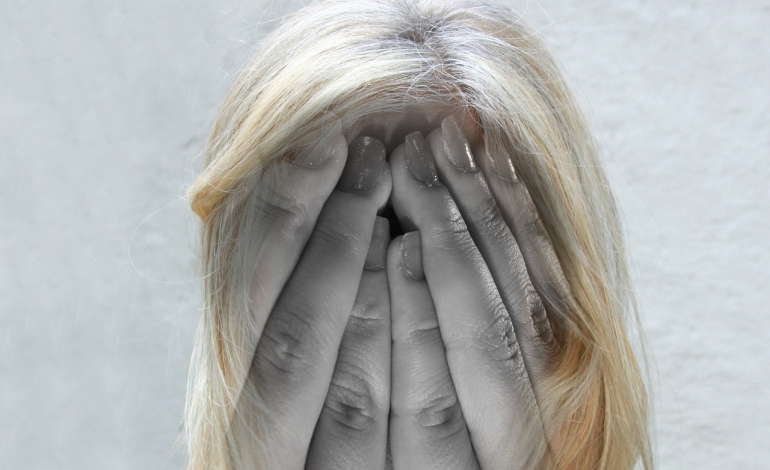 The government’s own health watchdog has condemned what it calls the “considerable strain” being placed on NHS mental health services. And its chief has gone further, implying that in some cases the only way people are accessing treatment is literally by being sectioned.

The Care Quality Commission (CQC) has released a report into detentions under the Mental Health Act. And it found that between 2005/06 and 2015/16, the number of detentions increased by 40%, from 45,484 to 63,622. While it didn’t pinpoint one specific reason for the rise in people being sectioned, the CQC was candid about the possible reasons.

And the CQC’s lead for mental health Dr Paul Lelliott said one of the factors was:

gaps in support and provision in the system. This includes limited hospital bed availability, which means that people cannot easily be admitted as voluntary patients early in the course of their illness. This is a particular problem if it is coupled with limited support for people in the community…

The CQC said that it found four “main themes” linked to the rise in detentions, and some of the factors:

are also indicators of a healthcare system that is under considerable strain. 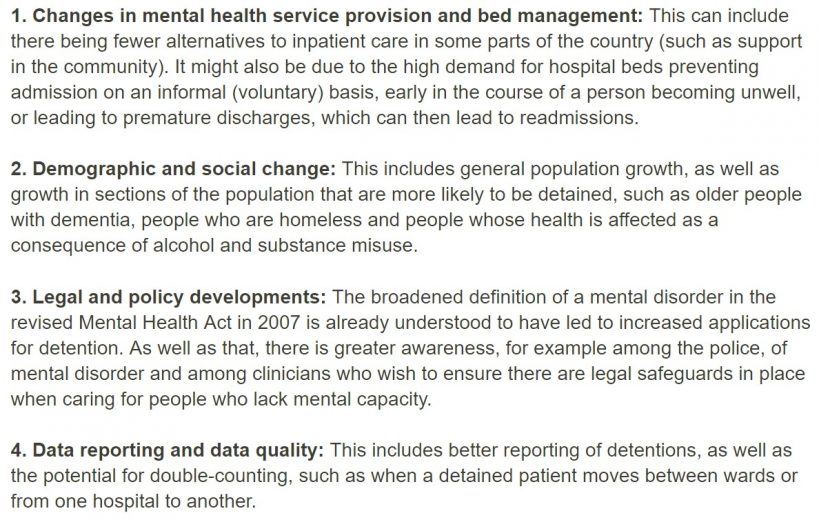 And while the CQC doesn’t place the blame directly at the Conservative government’s door, the four themes it mentions can also be linked to other government policies.

March for the NHS

The Department of Health and Social Care told The Guardian that the CQC report:

Makes clear there are a range of factors which are leading to an increase in the numbers detained. We want to ensure the Act works better for patients and their families –that’s why we commissioned an independent review… Of course, there is always more to do, which is why we are investing an additional £1bn by 2020/21.

But the “additional” £1bn is only making up for the £600m that was cut from mental health budgets between 2011 and 2016. And as Lelliott summed up:

It will take more than changes to primary legislation to tackle this fully and to ensure that people with serious mental health problems always get the safe, high-quality and compassionate care they deserve, when, where and how they need it.

The People’s Assembly has organised a march for the NHS on 3 February. And with the CQC highlighting the “considerable strain” placed on the health service, now is as good a time as any to get on the streets and fight for it.