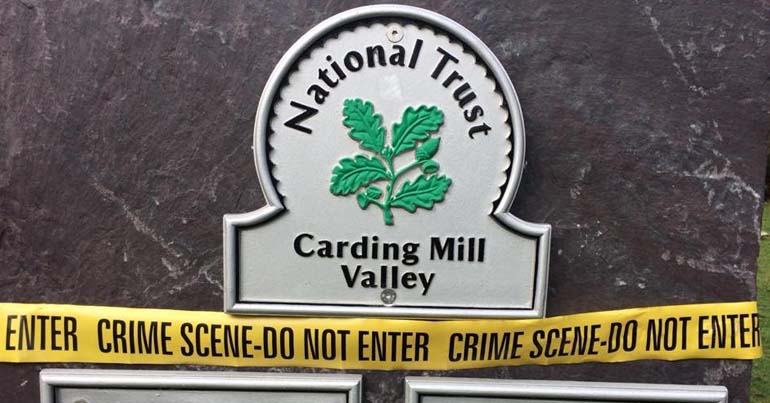 In April 2018, the National Trust introduced new regulations on hunting. The charity said these would make hunts “more accountable” while on its land.

So, The Canary caught up with National Dis-Trust (NDT), which holds the National Trust to account on hunting, to get its view on the new system.

In October 2017, at the charity’s annual AGM, the National Trust faced a motion to ban all hunting from its land. The motion lost by just 300 votes. But this narrow margin only spurred anti-hunting campaigners on even more. The charity eventually agreed to review its hunt licensing system during the summer of 2018 and told The Canary in May 2018 that monitoring would be “stepped up” during the following season.

The 2018/19 hunting season ran roughly from September 2018 to April 2019. And it was the first season to implement the National Trust’s revised monitoring system. New measures included a “tightening up” of information available on the website as well as a new on-the-ground hunt monitoring team led by Nick Droy. The National Trust said these measures would make hunts “more accountable and less likely to disturb wildlife on our land”.

Now the first season has ended, The Canary asked NDT its thoughts on how the new system has played out. And the group was blunt in its opinion.

The National Trust cancelled a number of hunting licences during the 2018/19 season. One of the most high-profile hunts dropped was the Portman Hunt, which had two dates cancelled in March at the Kingston Lacy estate, Dorset. The BBC reported that the National Trust would not comment on specific allegations against hunts. But the League Against Cruel Sports said it came after a “string of incidents” by the Portman Hunt, including allegedly killing a fox on 2 January. Other hunting dates dropped by the charity include the South Shropshire Hunt at Long Mynd and the Trinity Foot and South Herts Beagles at Ashridge Estate.

The Canary asked NDT how it felt about this. It said the cancellations were “definitely a step forward overall”, but that they were “in some ways frustrating as well”. The National Trust appears to treat each hunt as an individual case. Yet a consistent pattern across time and location emerges out of the charity’s own banning choices. This led NDT to ask:

We’ve seen multiple hunts lose their licences this season, some for blatantly hunting foxes on National Trust land as was the case on Long Mynd in Shropshire – but how many licences does the Trust have to cancel before conceding, after spending far too long refusing to change, that we are right in what we’re saying?

The National Trust says it permits trail hunting on its land. In this legal activity, hunts should follow an artificially laid scent and avoid chasing wildlife. But anti-hunting activists have consistently claimed that trail hunting is a scam intended to hide ongoing illegal chasing and killing of wildlife.

On the other hand, activists and members of the public have caught hunts using National Trust land without a licence. On Facebook, NDT listed 24 instances of hunts trespassing on the charity’s land during the 2018/19 season. Many of these included video or photographic evidence. The National Trust says that it takes this issue “very seriously”. But NDT told The Canary that:

due to the attitude of the Trust, even when we report trespass, they refuse to update us about what they’re actually doing about it. In one case, staff were in such a hurry to provide a copy & paste response describing how seriously they take licence breaches that they overlooked the fact that the hunt in question (the Cheshire Hounds) wasn’t even licensed – but they didn’t respond when this was pointed out.

And it said that fell packs have been particularly egregious in their actions. Fell packs are foot-based fox hunts located throughout the Lake District and include the Coniston Foxhounds, Blencathra Foxhounds and Melbreak Foxhounds. In November 2018, the Times claimed these hunts would be absent from National Trust land due to the “risk of attack by animal rights activists”. But NDT said that:

The key area, Cumbria (where National Dis-Trust began its campaign), has seen very frequent trespass from the criminal fell packs, none of which were licensed at all for the 2018/19 season

For example, Cumbria Huntwatch claimed to have seen the Melbreak Foxhounds trespassing onto National Trust land near Lorton on 26 November 2018. And Lancashire Hunt Sabs said it saw the Blencathra Foxhounds on the charity’s land on 29 December 2018.

NDT told The Canary there’s also been instances where hunts have exploited a loophole in the National Trust’s system:

Even after licences [were] cancelled, at least one hunt still appeared on Trust land with their permission. This was the Surrey Union Hunt, who killed a fox on 1st December 2018 and soon after withdrew their own Trust licence. They later met at Netley House in February 2019 without a licence; the Trust responded by saying they didn’t need one as they ‘weren’t hunting’ and all concerns were met with arrogant dismissal.

In other words, the Surrey Union Hunt started and ended its day at Netley House on National Trust land. But it technically hunted on land outside of the charity’s remit. NDT said this loophole “isn’t acceptable” and that it:

isn’t even in keeping with what the National Trust claim they want to do i.e. to be transparent on the issue. We’ve referred to the Surrey Union Hunt, but actually there are a number of hunts that meet on Trust land for Boxing Day and these meets are nowhere to be found on the list of licensed ‘trail hunts’. For example, the Avon Vale Hunt at Lacock and the Warwickshire Hunt at Upton House.

The group said it is “working” on getting this issue resolves with the National Trust.

“Nothing of worth whatsoever”

The National Trust said its trail hunting management team would “help ensure trail hunts follow our new licence conditions”. But anti-hunting campaigners don’t feel Droy or his team have played much of a role. Locals Against the Weston and Banwell Harriers, for example, said Droy dismissed the group’s evidence of blocked badger setts. And other members of the public have also been unimpressed by Droy’s conduct.

NDT was no less blunt in its assessment:

Nick Droy and his trail hunting team have provided nothing of worth whatsoever to resolving this issue.

It didn’t help that sabs caught Droy with terriermen from the Chiddingfold, Leconfield and Cowdray Hunt in November 2018. The National Trust explicitly bans terriermen from its land as having “no place in a trail hunt”. Nonetheless, sabs filmed the same terriermen on National Trust land later that day. Despite multiple attempts at asking what Droy was doing with terriermen, the charity didn’t offer a response. And this reflected another issue NDT has with the trail hunt management team:

the Trust has closed ranks and anything other than insulting copy & paste responses are rare. We’ve met Nick Droy on a number of occasions, who says a lot without saying anything at all, which doesn’t help the situation – especially since he’s been photographed next to the terriermen of a hunt whose licence remains intact.

It’s not all negative, though. NDT said that several National Trust sites have been pro-active in enforcing the charity’s hunting regulations. However, it credits this to the staff at individual sites and not Droy or his team:

We think it’s most likely explained by the attitudes of the responsible Trust staff for specific sites. Some understand we’re telling the truth and are receptive to us, others… simply don’t care about wildlife crime and ignore everything. … The positive steps we have seen this season have come from decent site managers doing the right thing, not from the central ‘trail hunting’ team.

The Canary approached the National Trust with questions on its view of how the first season has gone, as well as some of the statements made by NDT. But it said that it hadn’t yet carried out an internal review and therefore couldn’t comment.