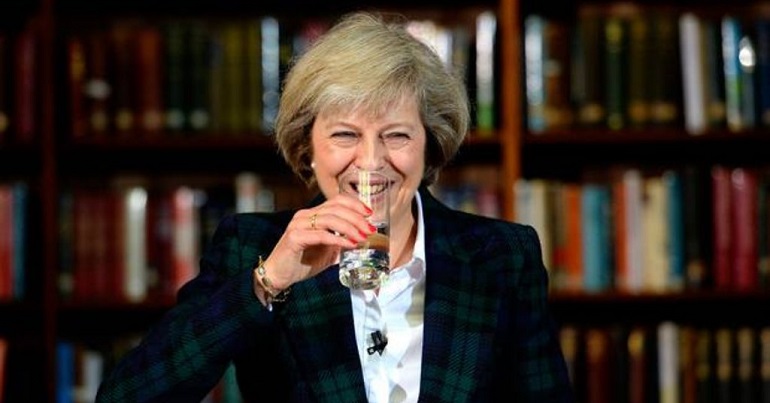 All the votes have now been counted for the English local elections. And it was very bad news for the Conservative Party. It lost 1,334 councillors across England. The Conservatives also lost control of a whopping 44 local councils.

But despite the disastrous results, the party will be rubbing its hands with glee over what happened in one council. In Havant, it won every single seat up for election despite winning less than half of the vote.

The Electoral Reform Society analysed the local election results from Havant, a town in Hampshire. It found that although the Conservatives won every seat on the council, the party received just 43.9% of the vote across the town. Labour received 11% of the vote, the Lib Dems 18.6%, UKIP 20.6%, and the Greens 5.9%. But none of these parties took a single seat.

A similar result occurred for the Labour Party in Sandwell. There, Labour also won every seat up for election, even though more than 40% of voters opted for other parties.

This is a result of the voting system used in England for local elections – first past the post. Under this system, the party that wins the most votes in any one seat is declared the winner – even if the majority of people vote for other parties.

This often produces very skewed results. It means that parties can end up amassing huge numbers of seats, without the support of most people. Other parties can gain lots of support and end up without many or any seats.

In this year’s local elections, one councillor was elected in Durham with just 19% of the vote. That means that a massive 81% of people voted for other candidates.

Results like this show just how broken England’s democratic system is. This is why the Electoral Reform Society has called for reform to the voting system. Its chief executive Darren Hughes said:

These results show that our two-party electoral system is being pushed to breaking point. With growing numbers of voters dissatisfied with the two main parties and many choosing to ‘shop around’ results are becoming increasingly distorted as the winner-takes-all-politics of first past the post is shown unable to keep up.

In this election we’ve seen candidates winning seats with less than a quarter and in some cases a fifth of the votes cast. Parties have swept into power seizing control of entire council chambers with the support of barely half of voters. Something needs to change.

There are countless political problems at the moment. But until we fix our broken voting system, democracy will remain something of an illusion.