Anti-fracking activists have just been convicted for protesting. The law is officially an ass. - Canary 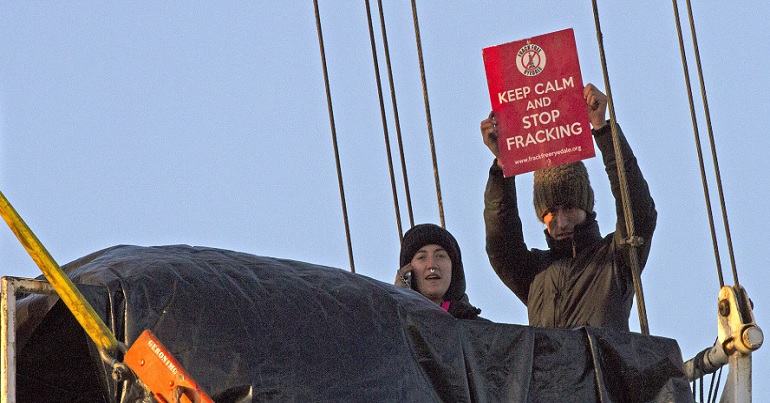 Two anti-fracking protesters have just been convicted in the first case to be brought over a controversial site in North Yorkshire. One campaigner is defiant, though, saying she’d “do it again”.

The case shows that, if a court can convict people for standing up for democracy, then the law is an ass.

The government granted Third Energy a licence to extract shale gas by hydraulic fracturing (fracking) at the KM8 site in the village of Kirby Misperton in North Yorkshire. The county council had granted it planning permission in May 2016. So local residents and Friends of the Earth went to the High Court to challenge the decision in December 2016.

The judge ruled in Third Energy’s favour, and work has been progressing to prepare the site ever since. Meanwhile, residents and campaigners who call themselves ‘protectors’ set up the Kirby Misperton Protection Camp. It aimed to highlight the opposition to fracking that exists in the area.

One of the protectors’ more visible protests was when two of them, Dr Julia Collings and Ronnie Hollarand, occupied a three-sided tower in the middle of the road in October 2017: 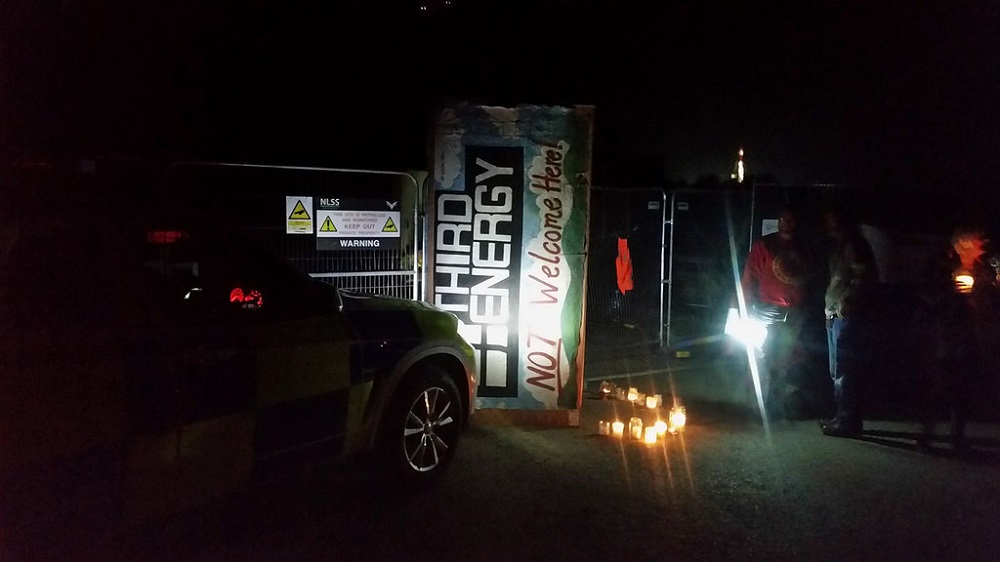 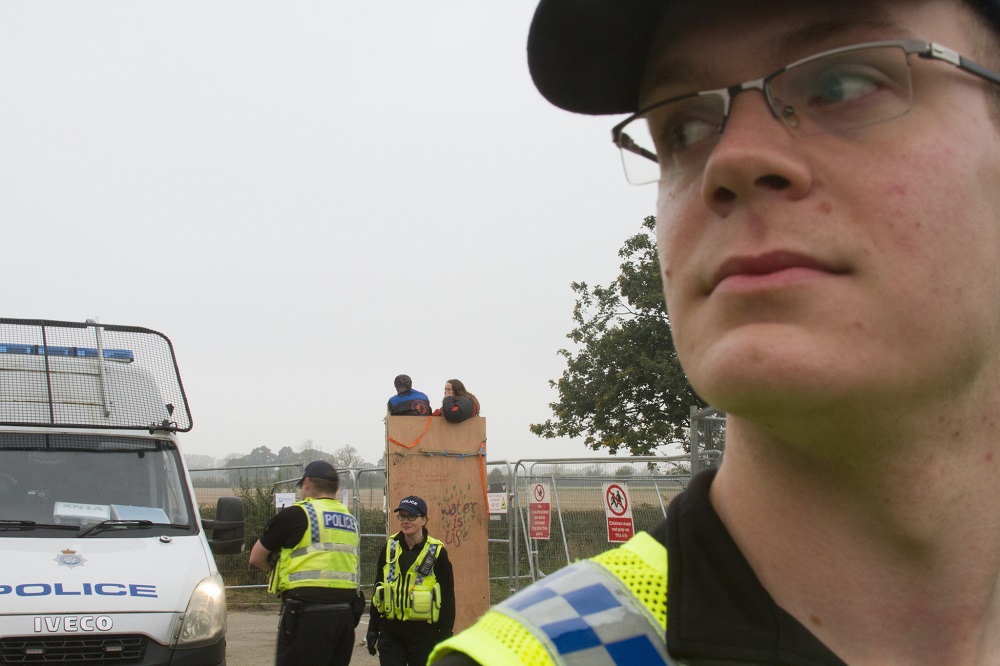 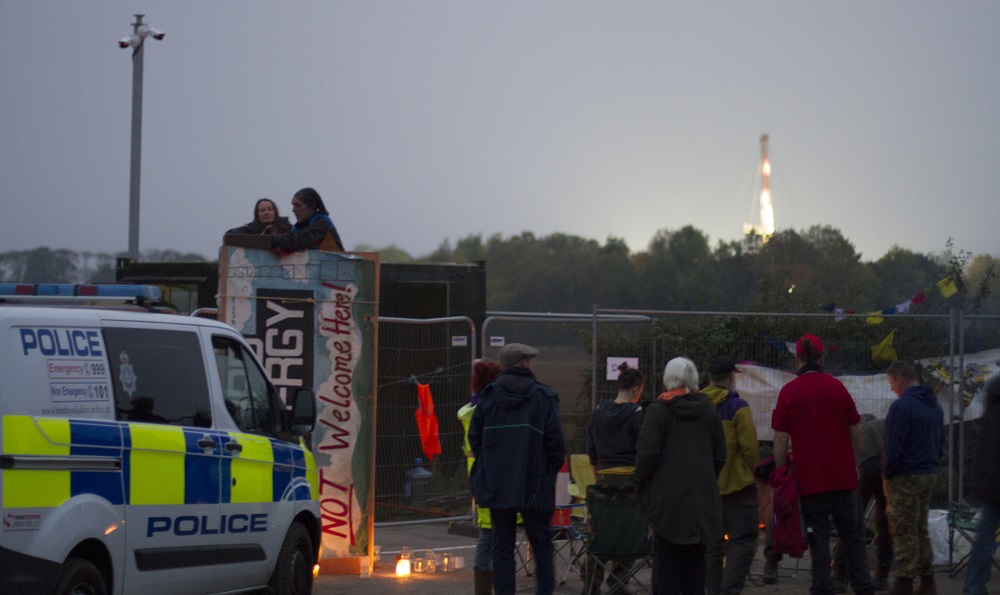 It was this action that police prosecuted Collings and Hollarand for. As BBC News reported, the judge gave them a six-month conditional discharge and costs of £220.

Yesterday I was found guilty of wilfully obstructing the highway. Bang to rights. I did it and I would do it again.

On 16 October 2017, I wilfully obstructed access to the Third Energy fracking site with a tower protest.

I am celebrating because the district judge afforded me the opportunity to tell the court why I took the direct protest action. My PhD is in highly polluting waste water treatment and I am a member of the Chartered Institution of Wastes Management. I understand on a number of levels why fracking is a toxic industry and can not be allowed to gain a foothold in the UK, and I, along with my co-accused, Ronnie Hollarand, took the direct action to close the fracking site for a day.

Third Energy has been dogged by controversy during the course of its operations at KM8. Recently, The Canary revealed that the company lost millions of pounds in successive years; owed £44m to its Cayman Islands-registered parent company; did not file its 2016 accounts until 2 February 2018; and has been threatened [pdf] by the government with being dissolved.

As The Canary recently reported, there may be a spanner in Third Energy’s works. Because it’s having to apply for several new planning permissions, the protectors claim it has not met the technical requirements the business secretary previously said it had. This could leave Third Energy’s plans to frack in tatters.

Fracking: dead in the water?

Campaigners’ concerns about fracking are far-reaching. They range from polluted drinking water and earthquakes to its contribution to greenhouse gas emissions. Collings is resolute in her objections to fracking. She told The Canary:

I urge everyone to research the pros and cons of fracking. Your future access to clean water depends on your attention to this issue. The corporate policing of fracking sites will affect us all. The erosion of democracy, which has permitted fracking licences to be granted in the UK, is a most concerning development that we collectively must resist. If England is to remain a green and pleasant land, it is incumbent upon us all to protect the land and water supply by preventing fracking companies from ruining our home with their ruinous and exploitative activities.

I made my stand. And I will again.

When peaceful protest is an offence, the interests of a controversial corporation trump those of local people. But with fracking in Kirby Misperton currently on hold, the efforts of people like Collings may have paid off.