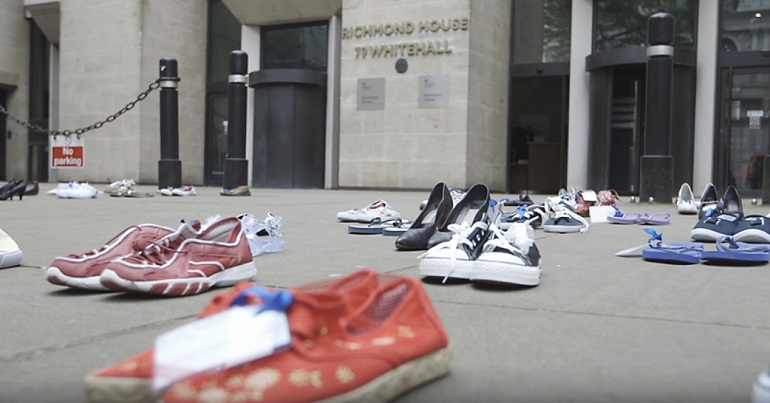 On Saturday 12 May, there will be demonstrations and vigils across the UK and around the world, for millions of people ‘missing’ in the eyes of many. The events aim to make these invisible people visible – for more than just one day. They’re called the “Millions Missing”.

Myalgic encephalomyelitis/chronic fatigue syndrome, commonly referred to as ME/CFS, is a chronic systemic neuroimmune disease. While symptoms vary for every person, people living with it often experience:

Between 17 and 24 million people worldwide are thought to be living with ME/CFS; in the UK, it is around 250,000. But the disease has been fraught with controversy, not least because, for decades (and often still to this day), the medical profession has not properly recognised it. From talk of “yuppie flu” to the notorious PACE trial, people living with ME/CFS have been disbelieved, stigmatised, given incorrect treatment or ultimately told it’s ‘all in their heads’. But every year, an event fights to redress the balance.

Millions Missing is a yearly protest and ongoing campaign in the ME/CFS and disabled communities. Led by #MEAction, it calls on governments and health bodies to:

In the UK, protests are happening in 27 locations on either 11 or 12 May (details here). In London, people will gather outside BBC Broadcasting House in W1A from 2pm on the 12th.

The day will see the lining up of ‘empty’ shoes and footwear of ME sufferers from across the whole of the UK, footwear that has been unused and made redundant by this debilitating illness. A truly powerful and symbolic display of how ME is ruining lives for millions of people in the UK and worldwide.

What is making matters worse for people living with ME/CFS is the lack of funding. The ME Association estimates [pdf, p14] that just £40 was spent, per patient, on research between 2006 and 2015:

As Becky Hewson told The Canary, the effects of ME/CFS can be devastating:

I had over 38 symptoms including flu-like symptoms, stabbing pain, cystitis, IBS, significant cognitive impairment, fainting, vertigo, headaches, muscle spasms, palpitations. The list goes on. As the symptoms mounted in number and increased in severity my quality of life diminished.

At the worst point my life became an existence. I couldn’t read because my brain struggled to comprehend the words on the page. The cinema was way too loud. Being out in crowded places resulted in cognitive overload. I could barely walk more than 100 yards without needing to stop; I dragged my feet along the ground as I was too weak to lift them…

This was my absolute rock bottom. Trapped by my own body with no way forward.

You can read Becky’s story, and the personal stories of other people living with ME/CFS, below:

It is these personal testimonies which bring the crucial importance of the Millions Missing action to life. But just as important is bringing about change in the medical community. As I previously wrote for The Canary, some people’s experience at the hands of medical professionals, not least because of the discredited PACE trial and its implications, has had a catastrophic effect:

When you are repeatedly beaten down, dismissed and mentally undermined by medical professionals, the results can be catastrophic, as this journalist has witnessed… something the campaign ‘Millions Missing’ has tried to address. Disabled people living with ME/CFS and other illnesses have understandably often lost all faith in the medical profession, seeing it as a third party abuser in their relationship with their illness.

For people living with ME/CFS, often putting pen to paper or tapping the keyboard can be a debilitating process. Imagine you’ve just run a marathon, and then someone asks you to start jogging all the way back around the course. This is what it can be like living with ME/CFS. So for people living with the disease, going out to protest about the way they have been abandoned by society is a huge event in itself. Let’s honour this on Saturday 12 May by showing them – the Millions Missing – our full solidarity.

– Find out more about a Millions Missing event near you.