The DWP is now co-working with the NHS. We should all be very worried. - Canary 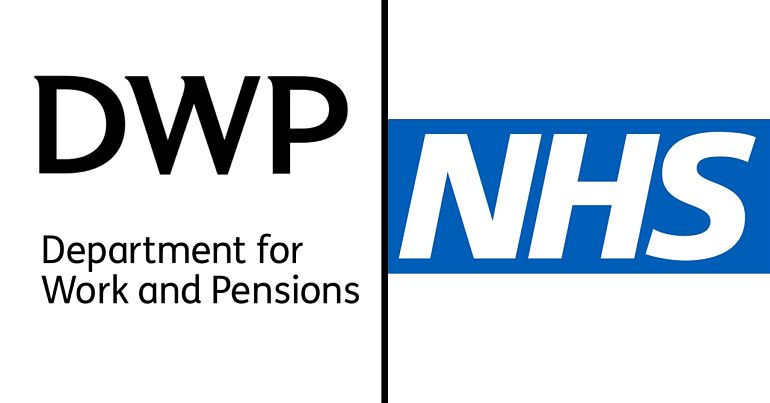 The Department for Work and Pensions (DWP) is now effectively fully co-working with the NHS to get people living with mental health issues back to work. While this has been developing for some time, the latest policy announcement has been described as part of a neoliberal “obsession”; eroding even further the fundamental role of the NHS in patient care.

The DWP and the NHS: ‘work is a health outcome’

NHS England has announced plans to roll out “mental health employment specialists” across the nation. They will work out of Individual Placement and Support (IPS) services, with the aims of:

The NHS is investing £10m in the services to begin with, which it says could support up to 20,000 people with “severe mental illness” by 2021.

Helping people with mental ill health to find and keep a job is good for individual wellbeing and good for the health of our economy. Tackling severe mental illness is not just about getting medication and treatment right, but ensuring people can recover to live independently with their condition, including the reward and satisfaction of getting and keeping a job.

Murdoch spoke of “taxpayers” being “rewarded” by the scheme. She also said it will help “make our country’s workforce more productive”.

Employment support linked to mental health means people can live the life they want to lead.

But when you look at the origins of the policy, it becomes a lot clearer why the NHS is pushing a similar narrative [pdf, p40] to the DWP; that is, that ‘work is a health outcome’. Because the plans for DWP/NHS co-working on employment and health date back to Tony Blair’s government.

It started with Labour…

In 2006, the then-Department of Health (DoH) and the DWP produced joint commissioning guidance called Vocational services for people with severe mental health problems. This guidance said [pdf, p62] that:

The commissioning objectives are to implement evidence-based practice within vocational services, in particular the IPS [Individual Placement and Support] approach.

Fast-forward to post-financial crash 2009, and the idea of DWP/NHS co-working was gathering pace. The Realising Ambitions review for the DWP, co-authored [pdf, p9] by the charity Mind’s chief executive Paul Farmer, included IPS services as a cornerstone. It dedicated 26 pages [pdf, p53-79] to evaluating IPS services and the implications of introducing them. It recommended [pdf, p65] the rolling out of IPS services across both primary (clinical) and secondary (community) care services.

The Labour government’s thinking on health-linked welfare reforms was that, because of the recession, it should “increase the pace” of these – as sick and disabled people “should not fall out of touch with the world of work”. But as the Guardian noted in 2008, some people might have considered the move a “cynical cost-cutting exercise”. And as Ian McManus noted [pdf, p142-143], Labour’s approach to the financial crisis was, in part, to promote:

That is, the Labour government’s approach – post-financial crisis – was to try and get people into work. It was not to spend money on welfare to support those not in employment.

… and continued with the Conservatives

In 2014, under the Coalition government, the DWP and DoH commissioned another joint report [pdf]. This again recommended [pdf, p41] putting IPS services into NHS primary care, but this time specifically delivering it through the Improving Access to Psychological Therapies (IAPT) scheme. This is where the DWP co-works with the NHS, by putting [pdf, p72] Jobcentre staff into therapy settings. Critics call this “psycho-compulsion”.

A 2015 DWP/DoH evaluation report of a trial of delivering IPS services through the IAPT scheme found flaws [pdf, p6-7], but recommended among other things [pdf, p8]:

Enhance[d] partnership working with Jobcentre Plus [JCP]… Engage JCP ESA [employment and support allowance] Work Coaches at earlier stage in the pilot development, and on an ongoing basis, to encourage buy-in and joint-working, to support the development of an appropriate service to which they are comfortable referring clients.

The NHS: complicit with the DWP

On employment, the [DWP] forecasts that it will spend £2.8 billion… to help people into work under the Work Programme between June 2011 and March 2020. Yet fewer than one in 10 people with mental health problems have gained employment through the Work Programme. We know psychological therapies and… (IPS) services have proved highly effective… but these are not being commissioned at scale. The [NHS] Taskforce also welcomes the introduction of a Joint Unit for Work and Health, which is already piloting new approaches and recently secured significant new investment [£40m] for an innovation fund.

All of this co-working between the DWP and NHS was neatly summed up in the DWP’s 2017 Improving Lives: the Future of Work, Health and Disability Green Paper [pdf, p44-45]. And now, we have the NHS rolling out IPS services across England.

The Canary asked NHS England for comment. After a discussion, NHS England said it had nothing to add at the time of publication.

A professional speaks out

What does all of this mean? In short, it appears the DWP/NHS’s overall aim is to reduce the health and welfare bill and increase employment rates. Clinical psychologist Dr Jay Watts is opposed to the DWP/NHS plans. She told The Canary:

Mental health services are chronically underfunded. By ring-fencing new money for employment specialists, we reinforce the message work is the central goal of a meaningful life. This increases the shame, guilt and anxiety disabled people already feel. Even more so under a welfare system that equates worklessness with worthlessness. It is exacerbating mental health problems. The goal of mental health services has always been to improve quality of life and reduce distressing symptoms.

However, in recent years, policy has focused on returning as many patients to work as possible. This ‘back to work’ obsession places huge demand on patients to fulfil the neoliberal dream. One whereby health is linked to how much one can contribute to the public purse. But this is foreclosing the reality of long-term disability. We do not, would not, hear that chemotherapy is worth funding because it helps the public purse through getting people back to work. So we must refuse the insistence that work is a meaningful health outcome in mental health services. We must instead recommit to patient (not government) centred care.

But ultimately, what we’re seeing is a systematic plan by the DWP and the NHS. They’re tag-teaming, trying to get claimants/patients off benefits and into work. As The Canary previously documented, the DWP and NHS are also co-working in other areas already; for example, trying to “coerce” GPs into saying that their sick and disabled patients are fit-for-work.

The scheme poses more questions than it gives answers to. In today’s gig economy, would pushing people into precarious, unstable work really be good for their mental health? What safeguards are in place to stop the IPS programme becoming part of DWP claimant conditionality, and therefore sanctionable? Also, is it best for patients/claimants that the sanctity of the health environment is being invaded by the DWP? And ultimately, with IPS’s roots in the US, is it coming from a similar ideology to the notorious PACE trial into people living with ME – that is, driven by the US insurance industry to reduce its payouts to sick and disabled people and being backed up by the DWP?

Capitalism: the root of all our ills

What’s more concerning, though, is that this idea of work being a health outcome is extra-governmental. That is, it’s constant regardless of which political party is in power. Because it’s being pushed by civil servants, medical professionals, the third sector, and probably corporations.

All of this is without discussing the school of thought that believes that people’s mental health issues are often a result of neoliberal capitalism anyway – meaning that, ultimately, the DWP and NHS’s drive to get people in “competitive employment” will be pushing people into the metaphorical arms of their abuser.

It’s a brave new world in the UK in 2018. One where the ‘hostile environment’ for sick and disabled people is becoming more dystopian by the day.