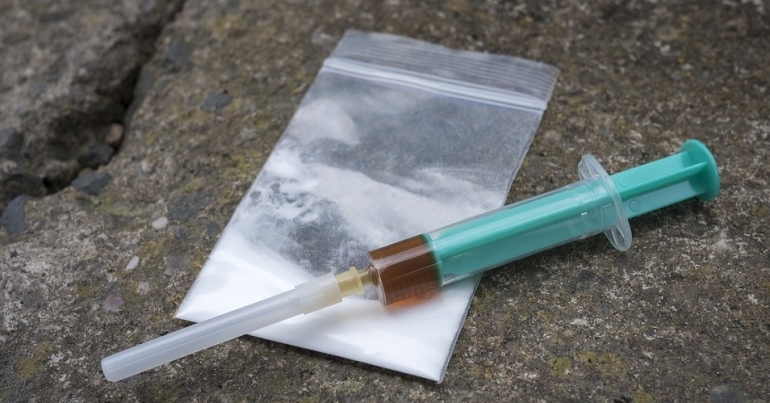 Update: The headline was changed at 11.45am on 11 July to say ‘The UK government’s drug policy…’

Since 2015, HIV rates related to heroin use have been rapidly increasing in Scotland. The National AIDS Trust (NAT) has published a new report [pdf] showing that UK government policy on drugs is fuelling this HIV outbreak.

There is currently an ongoing and extensive outbreak of HIV amongst people who inject drugs (PWIDs) in Glasgow. Over 100 cases have been linked to this outbreak.

The authors of the report argue [pdf, p1] that the government has been making the situation worse:

Plans to curtail the HIV outbreak have been hindered due to a number of issues, in particular the UK Government preventing the opening of a Drug Consumption Room (DCR) in the city and the closure of one of the main needle exchange services in Glasgow.

NAT says UK drugs policy has to change. It calls on the government to open a DCR in Glasgow and to re-open the needle exchange service in Glasgow Central station. The organisation also believes [pdf, p1] that offering heroin-assisted treatment and trialling more DCRs is the way forward.

A safe place to inject heroin

Despite a growing body of evidence that DCRs protect PWIDs, rather than increase harm, the government has opposed them. During a Westminster debate on the subject, Victoria Atkins, Home Office minister for drugs, said [pdf, p4]:

I will come to what DCRs are about, because their purpose is not recovery. Their purpose is to provide a place where illicit drugs that have been bought in the local area are then consumed in a place funded either by the taxpayer or charities. Recovery is an optional part of that usage; it is not the sole purpose of it. That is very different from our drug strategy.

But as The Canary previously reported, Glasgow – as well as other cities around the world – decided to open DCRs because they have been shown to reduce HIV risk, as well as drug-related deaths.

The primary goal of DCRs is to reduce harm. The government needs to realise that these facilities aren’t about sanctioning or encouraging the use of harmful drugs. The point is to make drug-taking behaviour, which will happen anyway, as safe as possible. A combined approach of recovery, needle exchange programmes, and DCRs can massively help to curb the HIV outbreak that’s going on in Scotland right now.