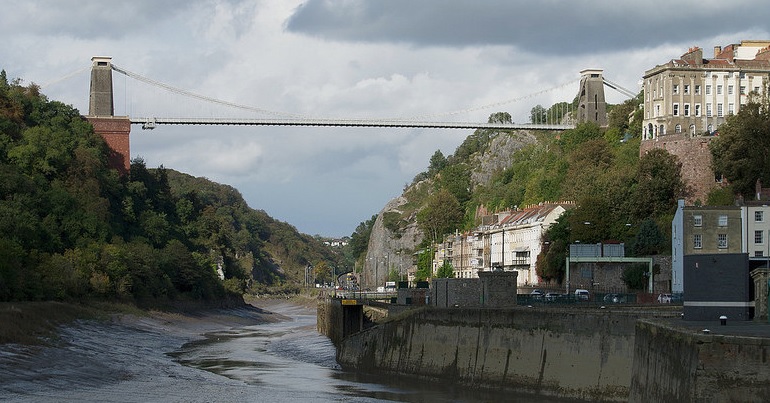 Bristol City Council has sent a massive up yours to the UK government. During a meeting on 13 November, Full Council members passed a Green Party motion to dramatically ramp up the city’s efforts to tackle what it declared a “Climate Emergency”.

The Green Party’s Carla Denyer proposed the motion in response to a UN report on the life or death issue. The report warned we only have until 2030 to limit global warming. Following publication of the UN’s findings, environment secretary Michael Gove didn’t even bother to attend a vital international summit on the climate crisis.

The UN Intergovernmental Panel on Climate Change (IPCC) released its climate report on 8 October. It concluded that global warming must be kept to 1.5°C at the most, half a degree hotter than right now, if we are to limit the most severe effects of climate change. The risk of large-scale food scarcity, poverty, species loss and extreme weather, among other things, becomes more certain at 2°C, the group of UN scientists found. According to the report, we don’t have much time left until we reach the 1.5°C limit. It reads:

In short, the IPCC says 0.5°C more warming will bring some pretty dire consequences: rising seas, droughts, further loss of biodiversity and more. But hitting 2°C would be catastrophic, with potentially hundreds of millions more people forced into climate-related poverty and the species we depend on for pollination under threat of severe habitat loss.

In response to the report, Bristol City Council has called on the mayor, Marvin Rees, to declare a “Climate Emergency”. It is also demanding that Rees adopt much more ambitious CO2 targets. Currently set for 2050, the council now wants the city to become carbon neutral by 2030. And it wants the mayor to insist the UK government provides the “powers and resources” to make that possible. Meanwhile, the council calls on Rees to work with governments, at home and abroad, to devise plans that will limit global warming to less than 1.5C.

The Green Party says its motion calling for these measures received “support from councillors of all parties”. After it passed, Denyer commented:

This is a fantastic day for Bristol and I’m delighted the Council will be bringing forward its target for carbon neutrality to 2030. The IPCC report made it clear that time to preserve Earth as we know it is running out. We can’t wait for the UN or national governments to negotiate when we have just 12 years to act – we have to show how it’s done and commit to ambitious action at the level of cities, which we did this evening… Bristol is now leading the rest of the UK on climate change.

The next step is to ensure that this evening’s commitments are followed by ambitious action… We know that 2030 is a big commitment for the city and to meet this target an awareness of carbon emissions will have to factor into every decision the Council takes. We look forward to the Mayor reporting back to us in 6 months on what action he will take.

Leading us to disaster

This move by Bristol City Council is welcome. It’s a choice that councils across the country, and the government at large, should be making. Unfortunately, the UK government appears to be moving in the opposite direction. It’s scrapping renewable energy projects while it’s approving those that will drive up pollution. It appears determined to move forward with fracking, despite massive public opposition and earthquakes.

Even football clubs are making more climate-friendly decisions than the government, for christ’s sake. No wonder councils are having to take matters into their own hands to try and pull us back from the brink.

– Be part of the renewable energy revolution.