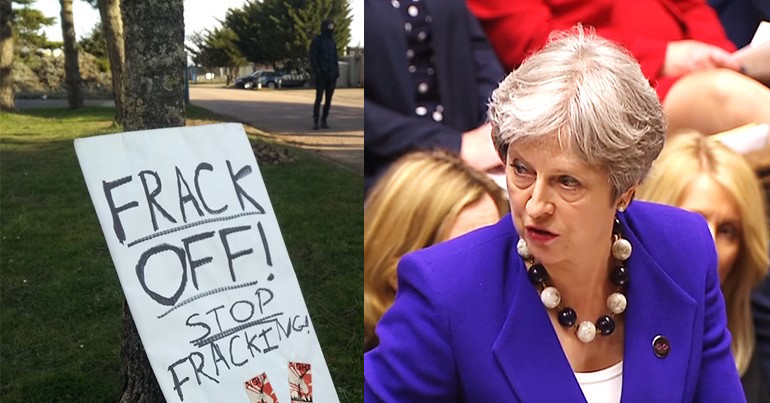 It’s official: public support for fracking has dropped considerably. But don’t take our word for it. Because the figures come from the government itself.

Fracking: under the microscope

The Department for Business, Energy and Industrial Strategy (BEIS) does a quarterly survey of public opinion on energy. And it’s now released the latest results. 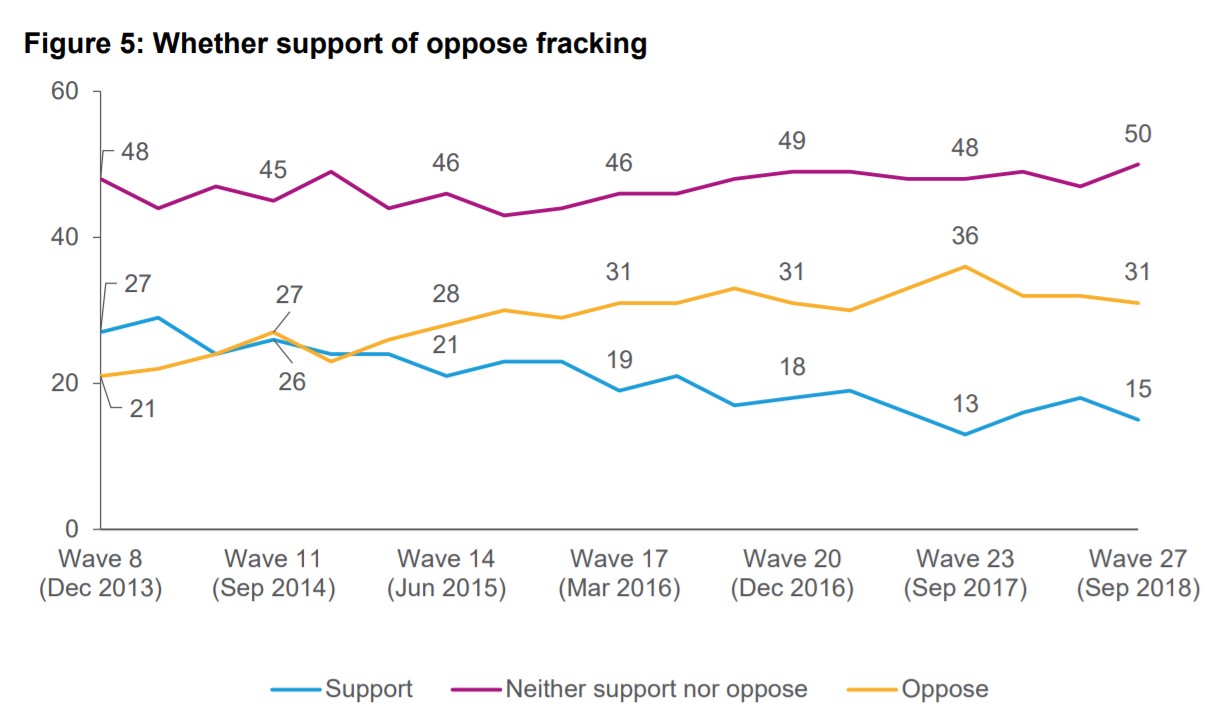 The top three reasons for people opposing fracking were:

And as the BEIS survey noted [pdf, p15], the more knowledge people have about fracking, the more likely they are to oppose it.

But looking at the situation with fracking, it’s no surprise support has dropped and opposition has grown.

The fracking industry is contentious. Many people are against it; not least because of its contribution to greenhouse gas emissions. It’s been linked to polluted drinking water and earthquakes. Studies also appear to show links to low birth weights, premature births, and a possible increased risk of breast cancer. The Canary has followed opposition from local residents where fracking has begun. And it’s been robust.

The Conservative government is moving forward with fracking anyway. A statement in May then a policy paper in July effectively gave the green light for firms to frack up and down the country.

But already, the government’s green light for fracking is causing uproar.

Preston New Road in Lancashire is at the centre of a row over fracking; Cuadrilla runs the site, which has pitted it against local people. In July, the government officially gave Cuadrilla the go-ahead to start extracting shale gas. But the decision drew more protests from locals. Then, a judge jailed three activists (whom another judge promptly freed). But after a court case, bad weather and protests stopped it, Cuadrilla finally began work on Monday 15 October. This was met with more protests.

Then, the earthquakes began.

As The Canary has been following, the British Geological Survey (BGS) has recorded 36 tremors near to Preston New Road since Thursday 18 October. The strongest of these happened on 29 October, with a magnitude of 1.1. The BGS said it was felt in Blackpool. Cuadrilla has stopped work several times, due to the magnitude of the tremors breaching the government’s traffic light system:

Bear in mind, the BEIS surveyed the public before the earthquakes began at Preston New Road. So, it’s anyone’s guess just how much more support for fracking will collapse. But as campaign group Frack Free Lancashire told The Canary:

The widening gap between opposition and support is hardly surprising and neither is the fact that more than twice as many oppose shale gas as support it.

This polling clearly shows that acceptance of the industry’s claims for shale gas benefits is vanishing even amongst their supporters.

It would appear that people are at last seeing through the industry’s spin, and once the impact of the recent earthquakes… filter through we would expect the gap between opposition and support to widen again.

Indeed, it will be telling to see what the next quarter’s survey results show. But in the meantime, none of this bodes well for the fracking industry. And moreover, neither does it for the government. What a crying shame.