At least when Jeremy Hunt was health secretary, he wasn't insulting dead Yemeni children - The Canary 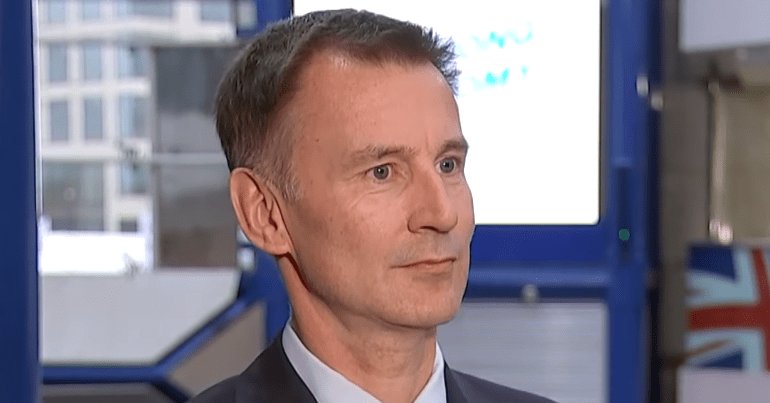 Hunt claims to have been putting pressure on the UK allies at the forefront of the destruction. But arms sales continue as normal, and the UK has undertaken no meaningful action to rein its allies in.

At least when he was health secretary, he wasn’t insulting dead Yemeni children.

On Hunt’s current visit, he had some warm words for Yemen, saying:

The human cost of war in Yemen is incalculable: with millions displaced, famine and disease rife and years of bloodshed, the only solution is now a political decision to set aside arms and pursue peace.

Britain has a unique position, both as pen-holder at the UN Security Council and as a key influencer in the region, so today I am travelling to the Gulf to demand that all sides commit to this process.

That all sounds reasonable. But a look behind the scenes shows that Britain is in a “unique position” for other reasons:

That’s despite the horrific consequences of the bombardment. Saudi-led blockades, bombing, and economic reverberations of the war are preventing supplies reaching Yemeni people, in a country that imports over 80% of its food. The spiralling man-made famine means over eight million Yemenis could starve to death.

A leading Conservative may be talking in favour of peace now, but the bombing campaign has been going on for three years. And the Conservative-led government has done nothing meaningful to stop it. In fact, the government seems to have done well at keeping the war (and its complicity) hushed up. Because 42% of Britons apparently don’t even know about the war, where an estimated 50,000 children starved to death in 2017 alone. Official war death counts can mask these figures because they are in a legal grey area – they are not direct deaths from, for example, airstrikes.

In light of the UK government’s active role in the war, Hunt’s rhetoric is an insult. Both Germany and Norway have now halted arms sales to Saudi Arabia. But the UK foreign secretary is painting the government as trying to save the day, while enabling the genocide behind the scenes.

– Read more of The Canary’s coverage of the war on Yemen.