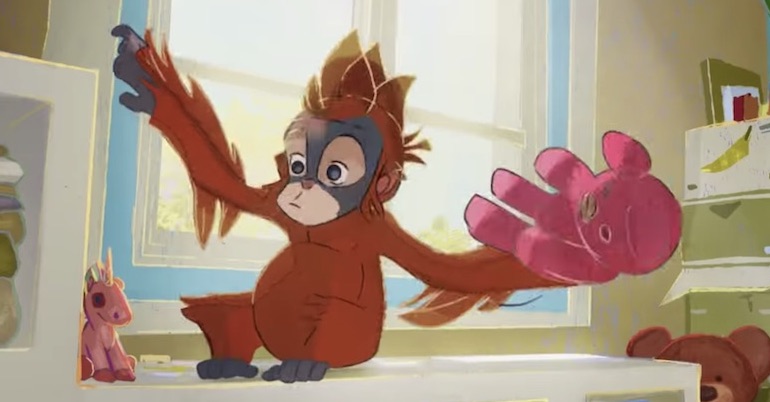 Iceland supermarkets intended to screen an advert made by Greenpeace over Christmas. But on 9 November, Clearcast (which checks ads against the UK Code of Broadcast Advertising) prevented it from wider release for ‘political’ reasons. That turned out to be a spectacular backfire, though, because millions of people have now viewed the ad. And more importantly, huge numbers of people are now discussing the issue raised in the ad: palm oil.

“Wholly or mainly of a political nature”

Because the advert had appeared on the Greenpeace site since August, Clearcast claims it didn’t actually ‘ban’ Iceland’s ad. Instead, it said the video had contravened the “prohibition on political advertising” because it was:

inserted by or on behalf of a body whose objects are wholly or mainly of a political nature.

The ad features a cartoon character called Rang-tan to highlight:

how orangutans are being pushed to the brink of extinction because of deforestation for palm oil.

Greenpeace took aim at “big brands including Unilever, Nestle and Mondelez” which continue to use palm oil in thousands of products from shampoo to food. Iceland has promised to ban palm oil from all its products by the end of 2018.

But when Clearcast refused to clear the Iceland ad for Christmas, it probably didn’t realise that it would attract millions of viewers online (and rising).

“The most successful banned advert in years”

In addition to over three million views on YouTube, millions more have seen the ad via social media. Over 14 million people viewed it on comedian James Corden’s Twitter feed alone. The Guardian‘s media editor, meanwhile, called it “the most successful banned advert in years”:

Meanwhile, others have noted what a savvy move Greenpeace made in passing the video to Iceland, considering it had already been on the internet for a few months.

While we should commend Iceland for taking the lead in banning palm oil, it’s important to note that owner Malcolm Walker donated £50,000 to the Conservative Party in 2017. He’s also part of a coalition of “senior business figures” who warned that a Labour government would “threaten jobs and deter investment”.

So Walker is in an excellent position to insist that the Conservative-led UK government upholds an EU directive to ban palm oil post-Brexit. This is vital because, in May, evidence emerged that Malaysia had lobbied the UK government not to support the ban. Malaysia – a major palm-oil-producing country – threatened to halt a “multimillion pound” arms deal with the UK. Considering this ongoing fight, it would be great to see Iceland’s owner push his ethics further now.

The Canary has reported for some time that increased demand for palm oil is devastating. As Greenpeace noted, at least 50% of UK supermarket products contain palm oil, including most well-known brands (like Colgate and Kellogg’s, for example).

Current palm-oil production methods mean that, every hour, 300 football fields‘ worth of rainforest are cleared across South East Asia to make way for palm plantations. In the last 20 years, over 3.5 million hectares of Indonesian and Malaysian forest has gone. As a result, almost 80% of orangutan habitat has disappeared. In other words, “more than 25” orangutans die every day.

A cartoon character has now beamed these facts out to millions of people. And because of the ban, millions more people in the UK viewed and shared a video about the horrors of palm oil. That’s a big first step. But there’s so much more that we need to do.

– Try to buy products that don’t use palm oil – there’s a growing list of companies that won’t and don’t use it, or which say they source it ethically.

– Find out more about the devastating impact on palm oil on the natural environment.