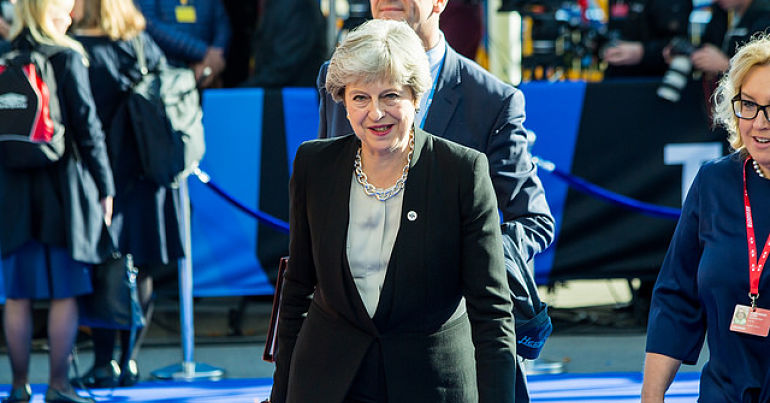 One sentence from the Green Party has summed up the Conservative government’s latest betrayal of our future perfectly.

In the same week that MPs revealed plans to spend £20bn of taxpayers’ money on increasing Britain’s ‘defence’ spending from 2% of GDP to 3%, the government refused to pay £1.3bn to fight climate change.

A renewable energy project in Swansea, recommended previously in an independent review, was set to create “the world’s first tidal power lagoon”. And the government’s decision to drop the project sparked anger not only in Wales but across the UK. The Green Party summed it up by saying:

The UK Government’s decision to pull the plug on Swansea Bay @TidalLagoon is short-sighted & demonstrates their complete lack of ambition. Another crushing blow to Wales. @AlunCairns has questions to answer. pic.twitter.com/ejCg14an4J

You will never understand the frustration and anger felt in my city today.

"We have not had electrification, we have not had tidal lagoon… Just who is speaking up for Wales around the cabinet table?" @carolynharris24 slams UK Government following refusal to back Swansea tidal energy project https://t.co/dnmhORpJWz pic.twitter.com/y4om2S66ND

The government’s Welsh secretary, Alun Cairns, said Westminster had dropped the project because it “did not meet the threshold for taxpayer value”.

Magic money tree for bombs, but not for fighting climate change

Renewable technologies currently provide around 25% of the UK’s electricity. In 1958, this would have been enough power for the whole of Britain. Over 70% of the British public, meanwhile, want the government to meet renewable energy targets. And there’s good reason for this opinion.

The director of the International Renewable Energy Agency, for example, said in 2017 that:

the economic case for the energy transition has never been stronger… around the world, new renewable power plants are being built that will generate electricity for less cost than fossil-fuel power plants.

But while the Conservatives can find billions of pounds for more bombs, they are refusing to get behind the common-sense shift to renewable energy. That’s no surprise, though, given that one of Theresa May’s first acts as prime minister was to disband the Department for Energy and Climate Change. Her party has also subsidised the ailing fossil-fuel sector, against the competition watchdog’s advice; all while scrapping subsidies for renewable energy and granting fracking licences across Britain.

We must demand action

To deal with climate change, we urgently need to focus on renewable energy. 97% or more of actively publishing climate scientists believe the current climate emergency is “extremely likely due to human activities”. And while some reports say the meat industry makes up at least half of the greenhouse gas emissions responsible, the burning of fossil fuels is also a massive factor.

Failure to deal with climate change will lead to great suffering. And the world’s poorest, most exploited, and (ultimately) most innocent people will suffer the most. To stop this, we must all take action.

– Contact your MP to urge them to support Divest Parliament; a campaign encouraging politicians to remove their pension investments from fossil fuel companies. Also, sign the Greenpeace ‘petition for a clean powered UK’.