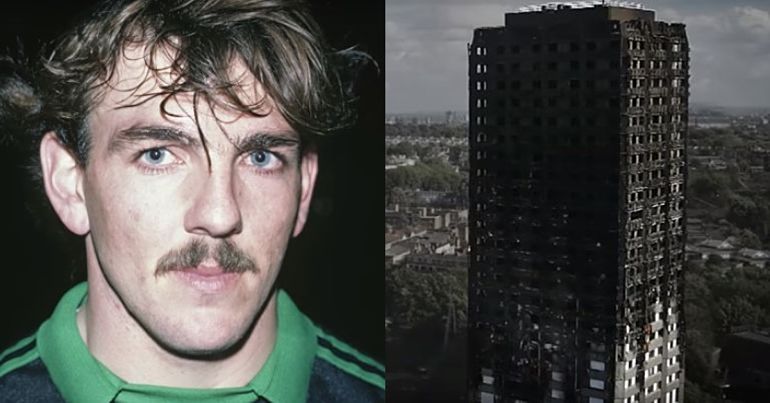 Former Everton and Wales goalkeeper Neville Southall is furious about the Grenfell Tower inquiry interrogating a firefighter to the point of tears:

Since 25 June, the Grenfell Tower inquiry has this week been questioning the firefighter who led the initial response to the blaze.

Responding to the fire, Michael Dowden was confronted with an impossible task:

We salute our member Michael Dowden who was the first incident commander at Grenfell and was confronted by an unprecedented fire. He conducted himself with courage and professionalism in an impossible situation. We stand with him. Let's get this hashtag going. #IAmMichaelDowden pic.twitter.com/iWHtH6gcRu

IMO no amount of training or exposure to incidents can ever prepare someone for the events WM Dowden and his team's faced that sad evening! Command of incidents can be a very lonely place sometimes. Mr Dowden should be saluted for his efforts, not interrogated #IAmMichaelDowden https://t.co/E2mX9KoJXa

Dowden told the inquiry that he was “was not qualified to cope with the size of the blaze”. But he had to step in as the station manager had been delayed due to road closures.

The inquiry continued to grill him on his response to the point that he broke down.

Dowden is there to give evidence. But it didn’t seem that way to some:

I am totally uncomfortable with the media releasing footage of Fire Officer Michael Dowden at the Grenfell inquiry. It’s unfairly being presented like he’s on some sort of trial. He doesn’t deserve to have his obvious distress broadcast around the world. #IAmMichaelDowden

I am Michael Dowden

People on social media were quick to agree with Southall’s analysis:

Spot on – same in all the emergency services, there always needs to be a scapegoat pic.twitter.com/MfEfFtXgXv

Please let Mike know that we’re all with him. The courage & dignity he has shown over the last few days is incredible. He is an absolute credit to himself and his profession #IAmMichaelDowden

Go after the real villains

Dowden acted above his station in an attempt to save the lives of residents who had been continually ignored by the powers that be:

Please RT He's not 'Fire Chief' as media quoting. He's manager of one watch at one station. He was in charge of incident initially (Incident Commander), which make his actions all the more heroic and amazing #IamMichaelDowden #grenfellinquiry

Some asked who was really to blame for the decisions that led to 72 people dying:

While others have seen it all before:

Neville it’s Hillsborough all over again first blame the victims then shift the blame onto the emergency response services. It’s a scandalous tactic and done to divert attention from those who are really are to blame

Most seemed to agree about one thing though: that Southall was right, in that ‘shit does roll downhill’.