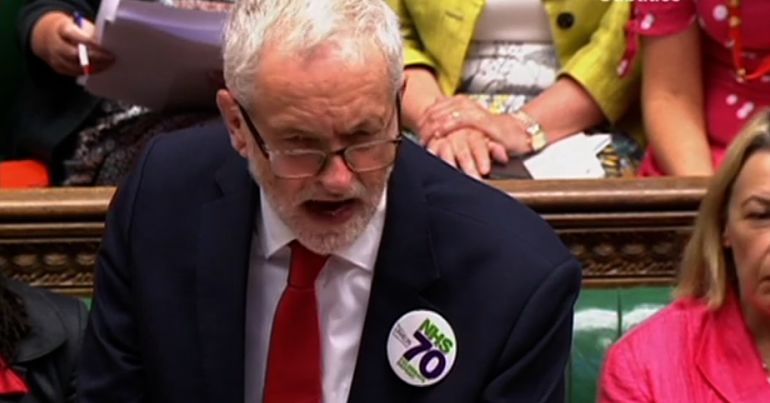 During Prime Minister’s Questions (PMQs) on 27 June, Jeremy Corbyn read out a Honda worker’s concerns that his job was in jeopardy due to this government’s chaotic Brexit. Some Tories actually cackled with laughter in response:

#PMQs
Jeremy Corbyn: Andrew, who works for Honda said – 'I will hold the PM & her party culpable, if my job & those of my colleagues, end up being under threat.'
"Will the PM ignore her foreign Sect, listen to workers, & secure an agreement that safeguards jobs in this country?" pic.twitter.com/UfitEyiuIP

Not a good look

"I wouldn't laugh if I was you, these are real people with real jobs and real concerns" Corbyn tells cackling Tory backbenchers. When will the Tory party understand it's not a great look to laugh and snigger when real people are mentioned in #PMQs?

Others thought their response was symptomatic of their overall view of the world:

Not a good look for Tory MPs when they have to be reminded not to laugh as @jeremycorbyn gives voice to workers who have written to him worried that they will lose their jobs. Naked contempt for the concerns of working people. #PMQs

The man who wrote to Corbyn has every right to be worried. The UK is steaming towards a Brexit characterised by uncertainty and chaos:

#PMQs
Jeremy Corbyn: The head of BMW, employing over 8,000 workers in UK, said they need to know the govt's plans for 'Customs', if they don't get clarity, they will make contingency plans.
"How many more firms are telling the PM in private what AirBus & BMW are saying publicly?" pic.twitter.com/mv15pdAK8n

And with the elusive foreign secretary Boris Johnson recently caught saying “fuck business”, some – such as Labour MP David Lammy – don’t know whether the government is coming or going:

Can Theresa May please let us know whether her Govt wants to back business or "f*** business"? As she tries to figure this out, jobs are at risk and people are facing terrible uncertainty #PMQs

But Corbyn reckons May has other concerns:

The Prime Minister is negotiating with her own Cabinet to stop it falling apart, rather than negotiating to defend people's jobs. #PMQs pic.twitter.com/AurpkOCdNS

And the Brexit shambles is even worrying a backbench Conservative MP:

Even backbench Tories are starting to see the light.

Gillian Keegan – Can the PM give some certainty & confidence to business up & down the country that they can continue their seamless operating model as we leave the EU?

But isn’t [it] the truth that the real risk to jobs in our country is a prime minister who is having to negotiate round the clock with her own cabinet to stop it falling apart, rather than negotiating to defend jobs of workers in this country?

The way May’s own MPs cackled at a British worker’s legitimate fears only serves to prove him right.