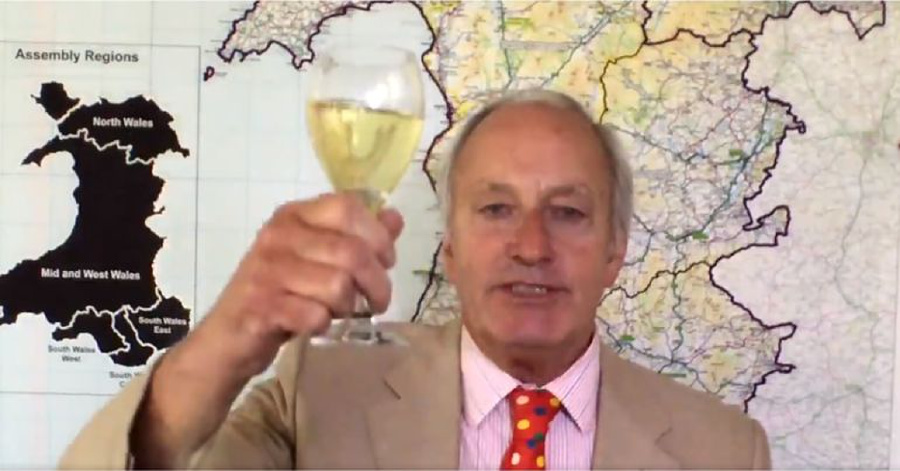 The four figures are steeped in bigotry. For starters, Watson works for InfoWars, the far-right site that promotes conspiracy theories, including the claim that the Sandy Hook school shooting was a hoax. Then we have Yiannopoulos, a provocative right-wing commentator who resigned from Breitbart after appearing to endorse paedophilia. Both Yiannopoulos and Breitbart have been linked to white nationalists and neo-Nazis. Just recently, Yiannopoulos urged vigilantes to gun down journalists. Dankula was found guilty of committing a hate crime after recording a dog doing a Nazi salute in response to the phrase “gas the Jews”. Anti-feminist Sargon of Akkad has been accused of “sparking a series of Twitter rape threats by other people against the Labour MP Jess Phillips”. And white supremacist Richard Spencer regards him as being a ‘great entry point’ to the far right.

On 26 June, Neil Hamilton – former leader of UKIP in Wales – sent a message about the four new members. And it’s appalling:

I’d like to welcome @PrisonPlanet, Sargon of Akkad, @CountDankulaTV and Milo Yiannopoulos to UKIP. I look forward to them developing truly dank memes that will trigger lefty luvvies like @GaryLineker, @mrjamesob and their politically correct establishment chums. Onwards! pic.twitter.com/OI1bIJQ9Qz

Hamilton begins his video message raising his glass to the fact that the Queen has given royal assent to Brexit. He continued:

UKIP is, at last, going forward again under Gerard Batten and I’m excited to learn that a number of big name social influencers have joined the party. I’d like to welcome Paul Joseph Watson, Sargon of Akkad, Count Dankula, and Milo Yiannopoulos to our party.

Now if you’re not a social media animal, some of these names may seem a bit strange. But they’re all true crusaders for freedom of expression and I’m delighted they realise that UKIP is the only party committed to this principle.

I look forward to them developing truly dank memes that will trigger lefty luvvies like Gary Lineker, James O’Brien, and the rest of their politically correct establishment chums.

Former UKIP leader Nigel Farage has expressed his concerns about the hard-right stance the party is taking. Farage said it was a mistake for Gerard Batten, the party’s current leader, to support ex-EDL leader Tommy Robinson. Batten has long been a vocal critic of Islam, describing the religion as a “death cult”. He also believes that British Muslims should sign a text that renounces certain sections of the Koran.

Following a disastrous performance in the local elections, UKIP’s general secretary Paul Oakley said the party is like the “Black Death”. Now, it seems UKIP is trying to take a new direction in order to find support again. But this involves a complete, explicit embrace of the so-called ‘alt-right’. As such, UKIP has made it clear that it no longer has any place in the political mainstream.