BREAKING: The DWP and HMRC just revealed the shocking impact of the two-child benefit limit - The Canary

The Department for Work and Pensions (DWP) and HMRC have, for the first time, revealed the extent to which one of their most controversial policies has affected people. The policy in question is the two-child limit on tax credits and Universal Credit. The number of families hit by the policy is staggering.

The DWP and HMRC: staggering figures

The two-child limit is a policy that came into force on 6 April 2017. It meant the government would only pay child tax credit and Universal Credit for two children in a family; any more than this would not be counted in benefits calculations. Now, the departments have revealed how many households have been hit by the cap.

Joint analysis from the DWP and HMRC shows [pdf, p6] that, as of 6 April 2017, just under 865,000 households with a third or subsequent child were claiming child tax credits or Universal Credit. Of these, the departments claim 70,620 reported a third or subsequent child after 6 April 2017, and that resultantly they weren’t receiving either benefit for at least one child: 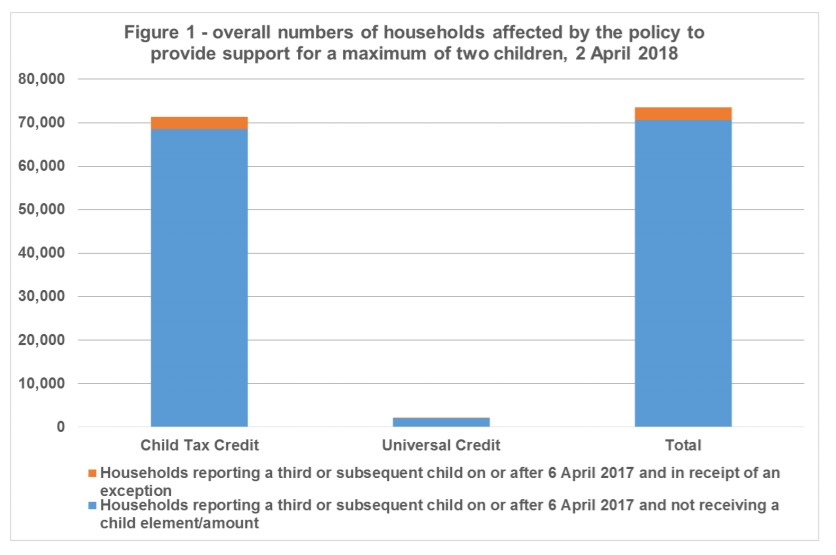 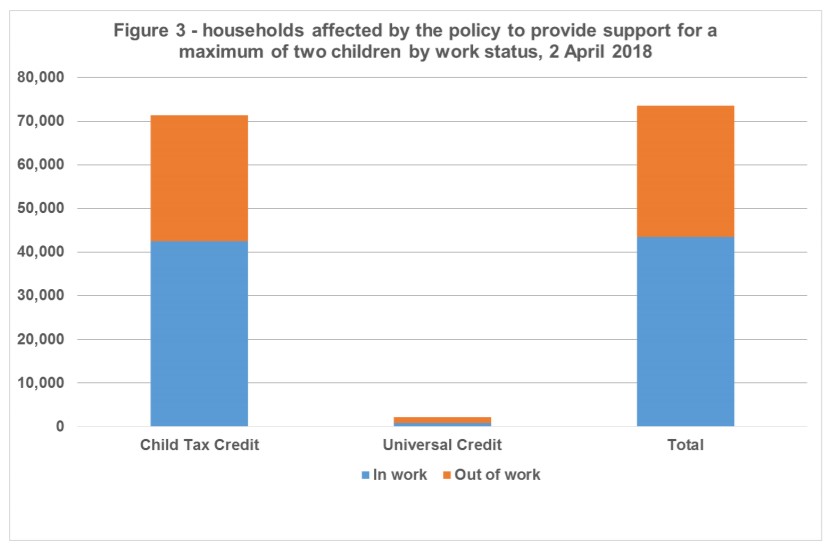 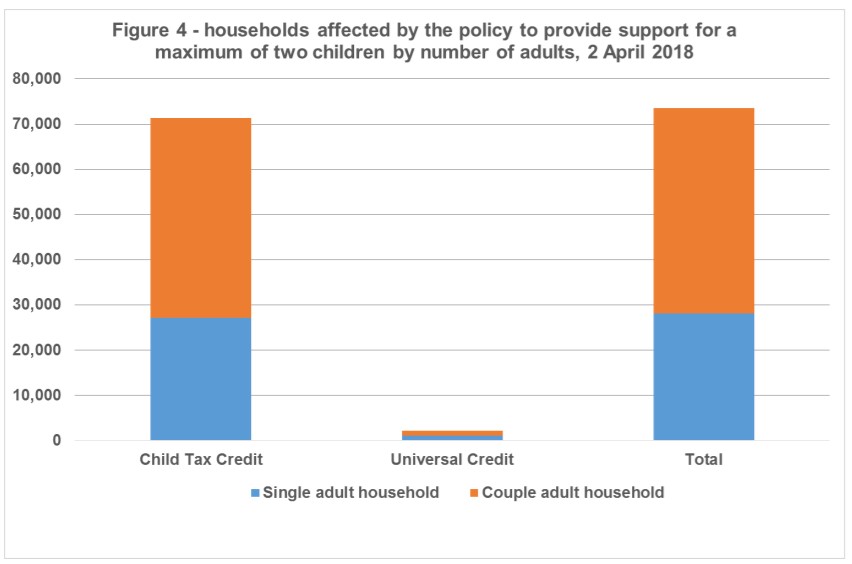 But what the data from the DWP and HMRC doesn’t tell you is what’s happened to around 791,000 households that were previously getting either child tax credit or Universal Credit for a third or subsequent child before 6 April 2017. The Child Poverty Action Group suggests that many of these families may also eventually be hit:

The policy has been controversial from the outset. A court ruled in June 2017 that the policy was “discriminatory” against single mothers with children under two. Then, another court declared in April this year that the cap was unlawful in relation to young carers. Also, the so-called ‘rape clause‘, where women have to prove their rape to get an exception to the two-child limit, has sparked outrage. DWP and HMRC figures show that 190 women were granted an exception to the limit because of “non-consensual conception” [xls, table 6, row 31, column H].

But what the departments’ figures don’t tell you is the human suffering behind the policy.

The Child Poverty Action Group is currently pursuing legal action against the government over the policy. Its chief executive, Alison Garnham, says:

Our analysis with IPPR last year found 200,000 children will be pulled into poverty by the two-child limit. Today’s DWP statistics now show it’s already having a damaging impact – and at a fast pace. These are struggling families, most of them in work, who will lose up to £2,780 a year – a huge amount if you’re a parent on low pay.

An estimated one in six UK children will be living in a family affected by the two-child limit once the policy has had its full impact. It’s a pernicious, poverty-producing policy. Even when times are tough, parents share family resources equally among their children, but now the government is treating some children as less deserving of support purely because of their order of birth.

A review of the policy can’t come soon enough.