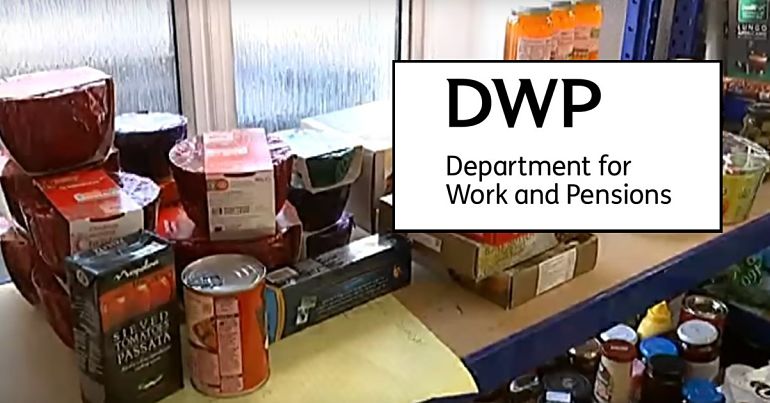 The Bishop of Colchester has launched a stinging attack on the ‘gaping holes’ in DWP policy.

In a video posted by Heart News East, Morris described how:

Some levels of benefit now are set at such a low level that, even when people have everything that they’re entitled to, it is still not enough to pay the bills…

The safety net of our benefits system and the welfare state is just pulled so tight, and has so many gaping holes in it. Were it not for food banks, people would be in utter desperation…

There needs to be something about a recognition of our common humanity that just supports those who are in need.

As the Braintree & Witham Times reported, in a separate speech at the AGM, Morris talked about the significance of the increasing need for food banks in Britain:

The foodbank, brilliant though it is, is a sign that, on the whole, we have failed.

And our failures, as Government, as society, as a so-called welfare state, are then mopped up by the third sector not-for-profit organisations.

Morris also drew on religious teachings to give the DWP/government some sage advice:

The Bishop of Colchester is blaming the government for driving its own people into poverty.

Roger Morris has criticised its policies as "hard-hearted", "tight-fisted" and "cruel".

But Morris’s call for the government to be “open-handed and generous to those in need” would mark a sea change in DWP policy. As the Chelmsford Diocese tweeted, the DWP’s flagship policy is actually intensifying the use of food banks:

With this in mind, Morris called on the government to look inward to understand why its policies are causing such hardship:

The first thing is not exactly rocket science and it is this – the level of benefits needs to be higher.

The Institute for Fiscal Studies has found following the 2017 Budget, the poorest ten per cent of working-age households with children were expected to see their income fall by nearly 18 per cent as a result of tax and benefit changes between 2015 and 2020.

Secondly, scrap the two-child limit. This invidious policy restricts tax credit and universal credit to the first two children in a family.

It’s no wonder Morris is worried about what the future holds:

Unless changes are made, the food bank will be needed more and more in the future and not just for those in a crisis but as an ongoing supplement to the inadequate aid that is offered to those most in need.

The rise in use of food banks is a symbol of the “gaping holes” in the UK benefits system. It’s time for the DWP to show some “common humanity” and support those in need.