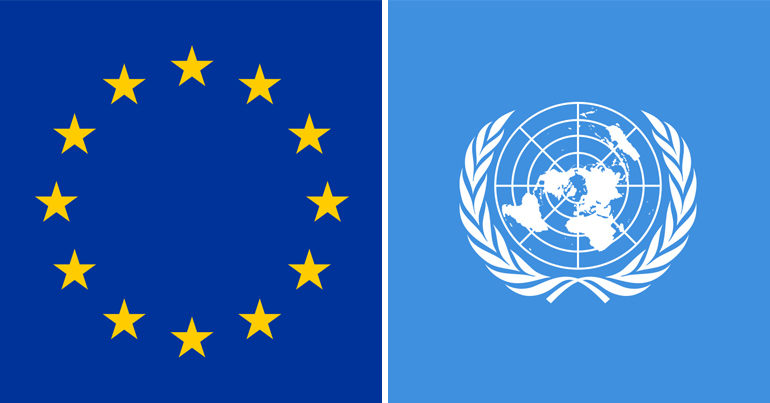 The UN has said it has “serious concerns” about an EU bid to regulate online “terrorist content”. The EU proposal forces web hosts to remove content or face severe penalties. But UN experts have slammed it for infringing on human rights. In doing so, the UN joins a chorus of criticism against the bid.

On 12 September, the EU published a proposal to prevent “dissemination of terrorist content online”. It said such content has been “instrumental” in spurring recent ‘lone wolf’ terrorist incidents across Europe. As a result, online platforms have a “societal responsibility” to prevent users from seeing content that may cause ‘radicalisation’.

The EU Internet Forum was launched in December 2015. It combined public and private bodies in a voluntary effort to clamp down on “harmful material” online. But the latest proposal has been put forward because the EU believes voluntary efforts haven’t been taken up widely enough. At the core of its proposal is a reliance on websites to police their own content. Failing to do so could result in penalties of up to 4% of global revenue.

After further discussion, the September proposal was modified and republished on 3 December. Despite extensive editing, though, the UN said the bid was still too broad in its definition of terrorist content. Consequently, this could impact legitimate content.

A letter by UN special rapporteurs on human rights criticised the model outlined in the EU’s proposal. Hosting service providers use their own definition of terrorist content that is “frequently” more limiting than those by states, the letter said. As a result:

such terms of service or community standards do not reference human rights and related responsibilities, thereby creating the possibility of an ‘escape route’ from human rights oversight.

Furthermore, the threat of severe penalties “would likely result in platforms removing lawful content“. But the UN isn’t the only critical voice.

European Digital Rights (EDRi), a digital rights and freedoms association, has called the proposal a “step towards pre-emptive censorship”. EDRi said the EU’s proposals “in practice… will mean automated detection tools and upload filters”. These tools and filters, subject to a company’s “biases and inherent errors”, could lead to discrimination against legal content. EDRi also said the EU’s bid was “rushed”, and ignored existing legislation that could achieve similar aims.

Mozilla, which created the Firefox web browser and has a history of supporting digital freedoms, discussed the EU’s proposal at a meeting on 12 December. The panel was broadly critical of the current proposal. Mozilla’s Owen Bennett described it as an “out of sight, out of mind” approach that doesn’t tackle root causes. And law professor Joris van Hoboken pointed out that these types of measures aren’t equitable. The communities most affected are those that “lack political representation”.

Web security company Cloudflare also said it was “troubled” by the proposal and a lack of evidence for needing such measures.

We’ve already seen the effects of the type of regulation the EU has proposed. In its campaign against pages with “inauthentic behaviour”, for example, Facebook has shut down accounts that challenge state discourse. These include pro-Palestinian groups, Reverb Press and Cop Block, and even an event page for a US anti-fascist protest.

History has thrown up many examples of states using laws against ‘terrorism’ to repress political dissent. Most recently, the Stansted 15 (who took direct action against the harmful deportation of immigrants) were convicted under UK terrorism laws. This pattern isn’t limited to direct action, though. Nor it is confined to the UK.

By forcing private companies to police themselves, the EU is paving the way for even more ruthless crackdowns on dissent. That’s something all of us, not just the UN, should have “serious concerns” about.