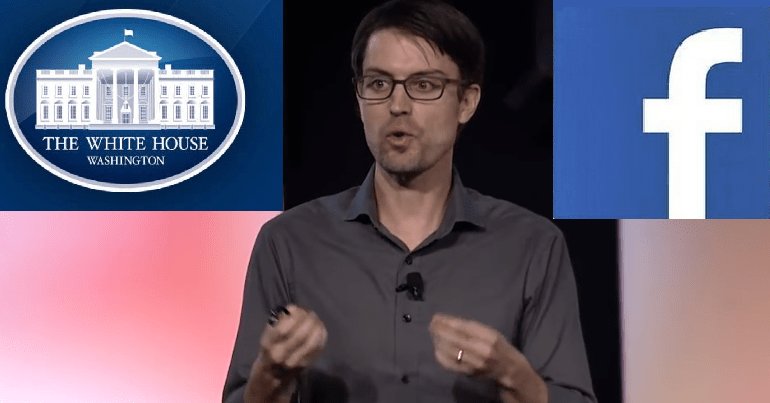 Former White House cybersecurity director Nathaniel Gleicher has overseen the censorship of hundreds of Facebook pages. An array of these pages criticise governments and ‘the establishment’.

Gleicher, now head of cybersecurity at Facebook, has apparently participated in the removal of 599 political pages and 251 accounts – allegedly because they:

post clickbait posts on these Pages to drive people to websites that are entirely separate from Facebook and seem legitimate, but are actually ad farms.

Deleting accounts on a whim?

After initially speaking to The Canary, Facebook has since been ignoring calls, emails and voicemails. The social-media multinational failed to offer any reason for deleting a number of political pages that do not seem to be “inauthentic”. And the tech giant did not appear to give any of the pages due process, such as a warning, before removing their internet platform.

Reverb Press, for example, provides links to reputable sources in its articles. And media-ranking website Media Bias/Fact Check, which academic Dave Van Zandt runs, ranks Reverb Press‘s reporting as ‘highly factual’. So Facebook seems to have had no legitimate reason for removing the page.

The only rationale Facebook offers for deleting hundreds of diverse pages is a sweeping article in its ‘Newsroom‘. Gleicher, who was on Barack Obama’s National Security Council from 2013 to 2015, claimed his cybersecurity team look at behaviour rather than content:

the “news” stories or opinions these accounts and Pages share are often indistinguishable from legitimate political debate. This is why it’s so important we look at these actors’ behavior – such as whether they’re using fake accounts or repeatedly posting spam – rather than their content when deciding which of these accounts, Pages or Groups to remove.

In the statement, Gleicher also said that the pages can use “fake accounts” to “artificially inflate” engagement for their pages, and that such behaviour “violates our policies against spam”.

“An excuse for censorship”?

Other pages whose removals Facebook refused to explain include Cop Block and the journalism page of RT reporter Rachel Blevins. Cop Block, which had 1.7m Facebook followers, films police brutality and police have arrested members of the organisation for their civil disobedience. Facebook also removed many other pages documenting police brutality, with millions of collective followers.

Blevins, who had 70,000 followers, is a reporter for the Russian state-owned media site RT. She focuses on stories that the “traditional media” is ignoring.

And Reverb Press appears to be legitimate site. The outlet describes itself as “proudly progressive”. Editor-in-chief Edward Lynn told the Guardian:

Go read any social media expert’s advice and they all say to share on more than one page or platform. That’s the social media playbook. It’s a standard practice, and it’s being used as an excuse for censorship.

Deleting accounts at the direction of governments?

It’s not just that a former White House cybersecurity chief seems to be running the Facebook show on this matter. Governments have also been directing the tech giant to delete pages and accounts.

Facebook has previously removed accounts with four million followers because they’ve been added to arbitrary US sanction lists. What makes this worse is that the criteria for adding someone to a US sanction list is so vague that even Jeremy Corbyn could potentially be added to one. That means Donald Trump’s administration could have anyone it fancies thrown off social media.

Then there’s Israel’s government. Israeli officials have publicly boasted about how willingly Facebook removes pro-Palestinian content they deemed to be “incitement”:

Shortly after news broke earlier this month of the agreement between the Israeli government and Facebook, Israeli Justice Minister Ayelet Shaked said Tel Aviv had submitted 158 requests to the social media giant over the previous four months asking it to remove content it deemed “incitement.” She said Facebook had granted 95 percent of the requests.

But unfortunately, it doesn’t look like the mainstream media is that bothered about internet censorship, as long as it benefits them by weakening independent media.