The public is weighing in on who should be on the new £50 note, with surprising results - Canary 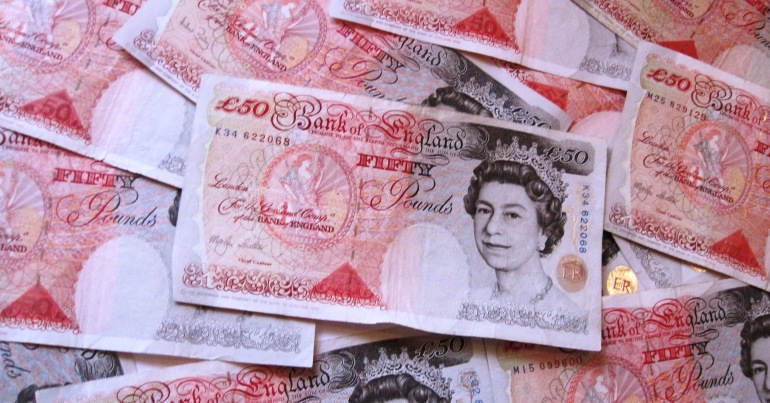 The debate on whose face belongs on the new £50 note rages on. The Bank of England announced earlier in the week that the £50 note won’t be discontinued, but will be replaced with a new polymer note. Since then, the suggestion to have Margaret Thatcher on the new note hasn’t gone down well:

Oh dear. Some nobs are petitioning for Thatcher to appear on the £50 note. Have we literally been through everyone who has ever been born cos if we haven’t I cannot understand why we would put the most evil woman in British history on our bank notes? Just use Po from teletubbies

Along with Po from the Teletubbies, people have come forward with several other alternatives for potential candidates. Some suggestions came from pop culture and sports:

Imagine being able to pay for something with @Louis_Tomlinson's face ?? https://t.co/LBEL79CiKq

We need to make this happen. What's more poetic than replacing the Queen with @QueenWillRock on the new £50 note. ?? #FreddieMercury pic.twitter.com/O0NA3auMfm

It’s worth noting that a petition to put England footballer Harry Maguire, atop an inflatable unicorn, on the new note has gained considerable support:

If the petition for Maguire riding a unicorn on the new £50 note receiving more signatures than Thatcher, makes you proud to be British, please RT. https://t.co/5r3yVk4rAy

And there have also been some truly sensible suggestions, such as the late MP Jo Cox:

#bbcqt My vote for the person to be on the new £50 note. Please let it be Jo Cox. "We are far more united and have far more in common with each other than things that divide us.” pic.twitter.com/gnOYUe6vII

Having an iconic Black woman on the new note would be a welcome change, too:

3 iconic black British women who should be on the cover of the new £50 note – Face2Face Africa https://t.co/NyKVFEmXZe

Supporters have started petitions for various personalities to receive the honour:

We completely reject the idea that Thatcher should be on the new £50 note. Here’s our version of what we’d like to see: the creator of the NHS, Aneurin Bevan becoming the first Welsh person on a bank note. #nyeonthenote

And there’s a particular desire for minority representation on the new note, including nurse and community worker Mary Seacole:

"… a fitting tribute to her contribution to the nursing and caring profession as well as a historical role model for women and for people from African, Caribbean and other minority ethnic communities in Britain."

Baroness Sayeeda Warsi is backing the campaign to have Muslim WWII spy Noor Inayat Khan on the new note. Although not everyone is convinced:

A Muslim patriot who gave her life defending us from facism. Support @Zehra_Zaidi in her campaign for Noor Inayat Khan to be the face of the £50 note https://t.co/Xe4OL05kHD

The whole discussion around “Muslim patriots” +“Muslim armed forces personnel” is so problematic. Patriotism is only ever expected/demanded from marginalised groups.

The pattern appears to be: we prove our commitment to British Values by having a Union Jack all over the building owned by the muslim org in question, and regular invites to the armed forces.

“Muslims are only to be valued and promoted if they serve an interest of the British establishment” and that be recognised by putting them on a bank note.

But ultimately, whoever goes on the new £50 note, it’s important to remember the bigger picture:

I don’t care if Thatcher is on the new £50 note. Thanks to her I’ll never see one.

Whatever happens, we can likely agree on one thing. Any of the proposed alternatives would be a considerable step up from Margaret Thatcher.