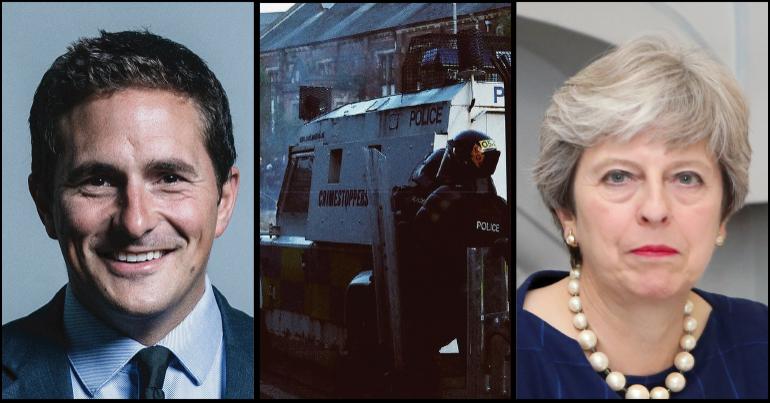 Johnny Mercer, the Conservative MP for Plymouth Moor View, has hit the headlines after attacking the government. People have credited a lot of what he had to say, but some of his complaints bear closer scrutiny. His criticism of UK security personnel being held accountable for potentially unlawful killings is one of them.

My view on these Northern Ireland prosecuctions is the same as it was a month ago in this debate, the same as it was when I took apart the Iraq Historical Allegations team in 2017. This Government and this Prime Minister need to change course. pic.twitter.com/BG17R42ihr

Mercer and the government

Mercer is a former soldier who wrote the book We Were Warriors. Before becoming an MP, he had never voted. He’s had disagreements with the government since taking office, but his voting record shows he’s generally voted in line with the party. There are two exceptions to this: 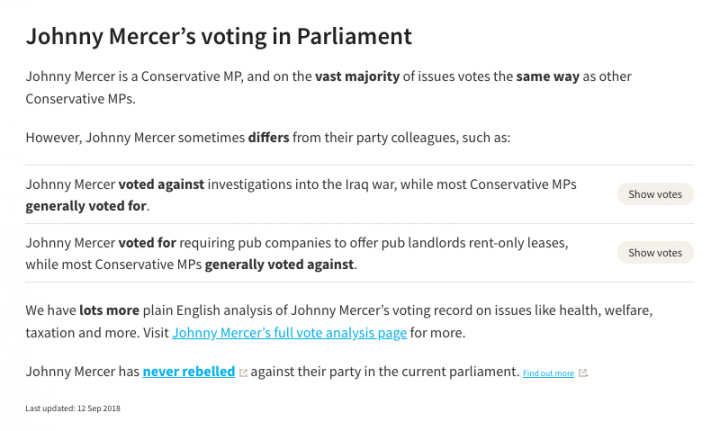 In an interview for parliamentary magazine The House on 18 October, Mercer commented on the state of the government:

I mean, yeah, you realise it’s a shit show.

If the situation was like it is now, I can safely say there would be absolutely no chance that I would try and be a Member of Parliament.

The most interesting thing about Tory MP Johnny Mercer's outburst, calling the party a "shit show", is he has one of the highest voting attendance records of all MPs, but has NEVER rebelled. So basically, he keeps voting for more shit.

Regarding Brexit, he said:

If you look at Chequers, for example, that is your classic professional politicians’ answer because it’s right down the middle. It doesn’t make anybody happy.

And he claimed Universal Credit:

could be a defining policy of a modern, compassionate Conservative party.

No. UC is changing lives in Plymouth and across the country. It’s success however depends on the adherence to its binding principle of people being better off in work. Not worse. https://t.co/04vqBV4YWe

But something which is getting less attention is his reference to Theresa May’s handling of the investigation into killings during the Troubles:

She did not answer in a way that made me proud to be a member of the governing party.

Mercer was referring to the PM’s comments that the investigation process into Troubles-era Northern Ireland saw:

a disproportionate focus on former members of the armed forces and the police.

The issue Mercer and other MPs have isn’t balance; it’s that soldiers are being investigated at all – something he described as “completely abhorrent”. He is part of a parliamentary movement seeking amnesty for soldiers who are suspected of committing crimes in the Troubles.

The Canary has previously reported on the killing of John Pat Cunningham:

His killing is one of many that have gone unsolved.

An amnesty on Troubles-era killings would allow cases like John Pat Cunningham’s to be swept under the rug. It’s good that Mercer is now criticising the government he’s consistently voted in line with, but little of the coverage has focused on his actual politics. The risk is we start thinking Conservatives like him are a decent alternative to the current lot. They aren’t. And the horrors he’d turn a blind eye to show why.

– Contact Justice for the forgotten, The Pat Finucane Centre, and Relatives for Justice.