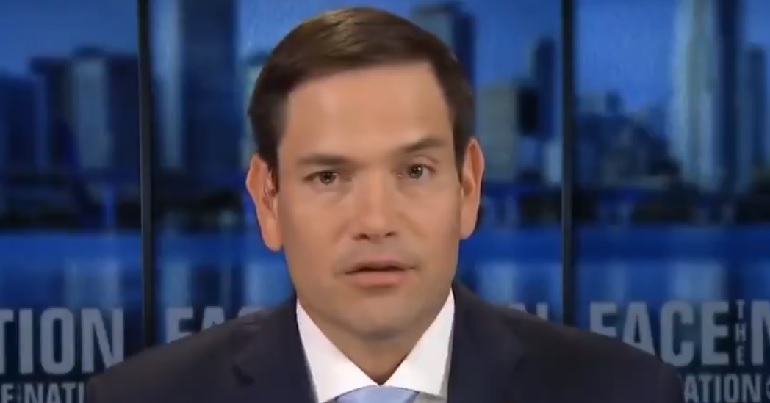 One US senator seems angry about the scandal engulfing close ally Saudi Arabia since its alleged murder of a journalist – but for all the wrong reasons.

Far from the brutality of the alleged killing, it’s the effect the media scrutiny will have on Washington’s ability to interfere elsewhere that seems to be worrying him. As one journalist commented on the video of Senator Marco Rubio:

Watch moral paragon Marco Rubio condemn Saudi Arabia's reported murder of Jamal Khashoggi, not for the inherent depravity of the act, but because it undermines the US's ability to impose its will on Russia and Venezuela. pic.twitter.com/rIZeU6jspz

In short, the hard-right senator wants to take action against Saudi Arabia largely because failing to do so would harm Washington’s legitimacy as a global police force.

But the truth is that Washington needs absolutely no help in undermining its ‘moral authority’.

As many analysts have pointed out, there were numerous reasons to end the US-Saudi alliance long ago; including the Saudi dictatorship‘s:

When Bernie Sanders called on fellow senators to end US support for the Saudi-led war on Yemen earlier this year, however, Marco Rubio was among the senators who voted against the resolution. So he clearly didn’t feel like the above reduced Washington’s ‘moral authority’ in the world.

It’s not just the Saudi alliance that undermines US moral authority, though. Because the record of Washington’s international double standards is long, bloody, and crystal clear. It includes:

In fact, most of the world’s worst countries for workers’ rights are US allies.

Rubio is perhaps right to be scared. Because more and more global citizens are waking up to just how hypocritical and profit-centred US foreign policy is, and how little it truly cares about human rights. And the more they do, the less likely they are to fall for its lies in the future.

That could deal the US interventionism that Rubio loves so much a killer blow. And it won’t be missed.

– Read more from The Canary about US imperialism, human rights, and the arms trade.