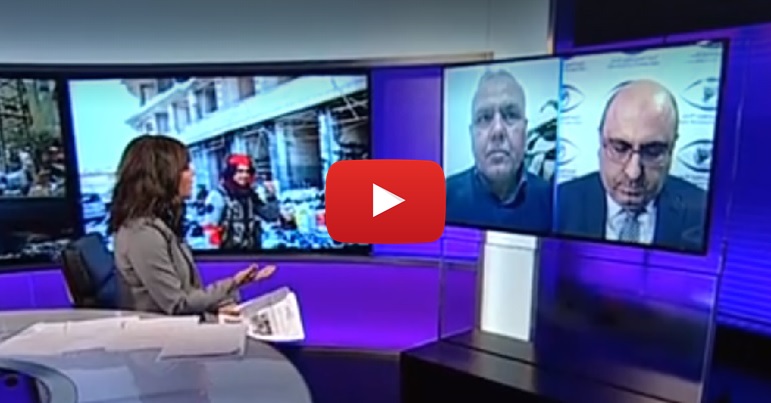 BBC coverage has revealed damning information about Turkey’s recent occupation of northern Syria. And it has smashed Turkish state propaganda to pieces.

Plunder on an unseen scale

As Turkish-backed forces seized the mostly Kurdish city of Afrin in northern Syria on 18 March, the BBC reported on the invaders’ looting of public and private property. But only on BBC Arabic did the scale of the looting become truly apparent.

During coverage on 20 March, BBC Arabic interviewed Rami Abdurrahman from the Syrian Observatory for Human Rights (SOHR). And Abdurrahman – whose organisation is normally seen as an opponent of the Assad regime – had strong words to say about the Turkish-backed anti-Assad forces which had just entered Afrin.

The plundering was done collectively. The plundering in Afrin was worse than the Daesh [Isis/Isil] assaults… They devoured everything. I haven’t seen the regime, nor Daesh, nor the fighting factions, plundering public and private property the way the pro-Turkey ‘Syrian National Army’ did in Afrin. Not only for the loot, but out of hatred against the Kurds.

SOHR director:
Regarding the plundering, the Afrin attack was worse than an ISIS assault.
Not the Regime, nor ISIS has done such a systematic plundering as Turkey-backed groups did in #Afrin.
It wasn't just for the loot, but out of hatred for Kurds.
full: https://t.co/AyjkhFPlWv pic.twitter.com/O1VEiiiNlX

A rebel commander blamed “thieves” for the looting and said a unit had been set up to prevent further incidents.

But Abdurrahman disagreed. He said:

they shouldn’t lie by [telling] us the plundering was done individually – it was without doubt organised.

this army does not represent the Syrian people.

And later in the full BBC Arabic segment, he even insisted:

We can say that more than 80% of those [Turkish-backed fighters] in Afrin were stealing.

But the BBC didn’t stop there.

Turkey has claimed its invasion of Afrin was a response to “more than 700 attacks… against Turkish cities” from the majority-Kurdish region. But the BBC’s Reality Check team looked into this claim, and revealed that Turkey was significantly inflating any threat from Afrin.

Reality Check looked at public reports of attacks on Turkey using a number of sources, but could only find reports of 26 attacks from Syria between January 2017 and January 2018. And only 15 of these originated from Afrin. When the BBC asked the Turkish Ministry of Foreign Affairs (MFA) about its figures, it said that the 700 incidents mentioned were of “harassment fire”, i.e. “anything that does not directly target Turkey, but is felt as a side-effect of an ongoing incident or clashes in Syria”.

For much of 2017, meanwhile, Turkey was visibly gearing up to attack Afrin. And there were numerous alleged Turkish attacks on the region over the course of the year which reportedly killed dozens of civilians. In fact, among the cases of action against Turkey described by Reality Check were nine attacks on border posts “following the Turkish army’s air strikes in the region” – suggesting retaliation rather than offensive action.

In short, Turkey’s suggestion of constant, unprovoked attacks from Afrin appears to be nothing more than barefaced propaganda aimed at justifying an illegal invasion.

The truth about Turkey’s anti-Kurdish war

Afrin was one of the calmest areas in Syria until Turkey increased its attacks in January. It was also host to tens of thousands of refugees, with little international support.

But Turkey is at war with Kurdish communities. And since ending peace talks with the Kurdistan Workers’ Party (PKK) in 2015, Turkey has bombarded the group and its allies at home and abroad. According to the Permanent Peoples’ Tribunal, the state has committed a number of anti-Kurdish war crimes.

As part of its assault on the secular, feminist, and democratic system which Syrian Kurds and their allies have been creating in recent years, Turkey has allied itself with some very unsavoury figures. Columbia University’s David L Phillips has been outlining the alleged links between Turkey’s government and Daesh-style jihadis for years. And according to award-winning journalist Patrick Cockburn, the Turkish-backed fighters who invaded Afrin:

The experienced reporter also explained that:

Syrian Arab militiamen leading the Turkish attack on Afrin… are threatening to massacre its Kurdish population unless they convert to the variant of Islam espoused by Isis and al-Qaeda.

In this context, it’s all the more important to expose Turkey’s lies and spread the truth. And in the coverage mentioned above, at least, the BBC deserves praise for a job well done.

– Write to Theresa May and your MP. Ask them to urge Turkey to stop its war on Afrin, to resume peace talks with its internal opponents, and to release all political prisoners. Until that happens, ask them to cancel and stop approving arms sales to Turkey; and support Campaign Against Arms Trade to help make that happen.