Theresa May told a quite spectacular lie during today's PMQs - Canary 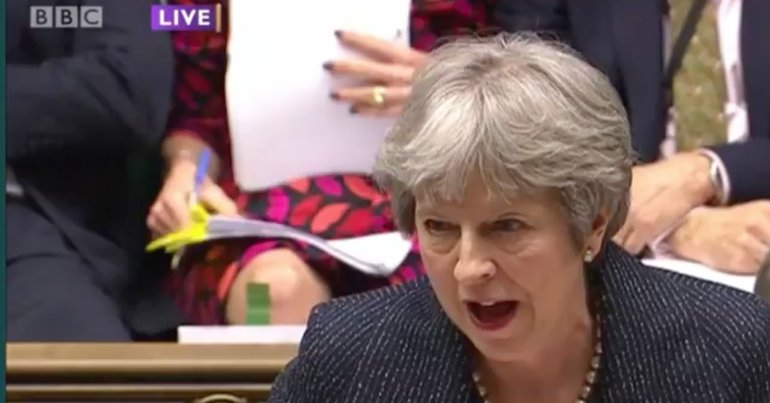 Theresa May was faced with a question she couldn’t answer truthfully without losing face at today’s prime minister’s questions (PMQs). So instead, she lied. She then fell back on well-worn myths about her party’s handling of the economy. It’s time to debunk them.

Faced with tough questions about cuts to mental health services and the wider NHS, May balked. She tried to claim her party was increasing funding to the health service. But May knows this is not true. As research by the King’s Fund confirms, NHS spending under the Conservatives has “slowed considerably compared to historical trends”. If the Conservatives continue their current spending plans, there could be a £30bn hole [pdf, p6] in the NHS England budget by 2020.

Before this could be corrected, the prime minister moved swiftly on. She doubled down on three myths about the economy under her party.

It’s time to debunk those myths.

MYTH 1: The Conservative economic doctrine of austerity is “balanced”

Austerity economics is an ideology which has been rejected almost unanimously by world economists. And for good reason.

The academic basis for austerity is a Harvard study called Growth in a Time of Debt. In a landmark speech laying out the economic rationale for austerity in 2010, George Osborne relied heavily on its findings. He called it:

In a major controversy only three years later, researchers at the Massachusetts Institute of Technology (MIT) found that the study relied on a single Excel spreadsheet. Worse, they concluded that:

Journalists should be raising this with Conservative MPs every time they attempt to sell austerity. It is bogus economics. Yet when was the last time you heard it mentioned, if ever?

Theresa May was also wrong to claim that her party is keeping the nation’s debt burden down. You would have to go back to the aftermath of World War II to find UK national debt higher than it is under Conservative government today. 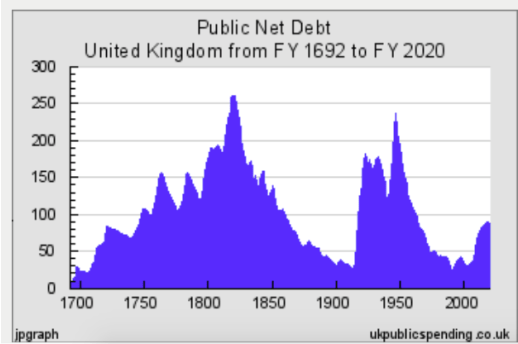 May once again suggested that Labour’s structural deficit was to blame for the financial crisis of 2007-8. The truth is that structural deficits are the economic norm around the world. In the last 25 years, only one UK government has raised more money than it spent in a single year. It was the Labour government of Tony Blair from 1998 to 2001.

Each week, Theresa May has a duty to face questions from MPs in the House of Commons. It should be unacceptable for the prime minister to give answers which bear so little relation to the truth.