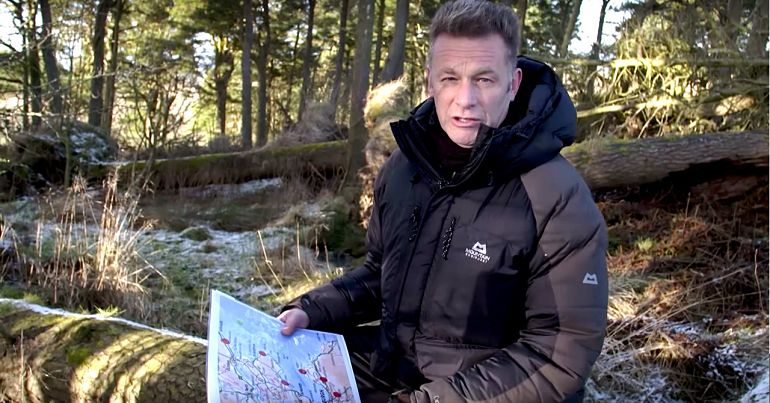 The Canary previously reported on the mysterious case of Fred, the satellite-tagged golden eagle. He apparently went missing just south of Edinburgh, only to reappear briefly miles out to sea. After that, the tag went dead.

TV naturalist Chris Packham was part of a team that fitted satellite tags to a number of young golden eagles last summer. The tags help scientists understand the eagles’ behaviour and see where they’re living. They can also provide evidence in the all-too-common event of an eagle dying in suspicious circumstances.

In January, the team noticed that the tag on an eagle called Fred had stopped transmitting. The last position was in woodland near a grouse moor just south of Edinburgh. It’s highly unusual for tags to fail so this generally means bad news for the bird. But then, something truly strange happened. Fred’s tag began transmitting again. Ten miles out to sea. The tag transmitted for another couple of days before stopping for good. Its last position was about 15 miles offshore. Investigative blog Raptor Persecution UK, which was part of the tagging team, published the transmission maps.

But new information has now emerged which fills in some of the gaps in the story. Packham has returned to the woodland where Fred apparently last roosted to describe the new findings:

A pattern of persecution

As Packham explains, the extra location evidence strongly suggests suspicious activity has taken place. “It looks,” he says, “as if the tag has made a journey around the Edinburgh bypass, out the A1 and then up to North Berwick.” He then ponders:

So how could this be? How could our eagle be off the grid, flying around but not transmitting with its full GPS…? That’s undoubtedly very suspicious, isn’t it?

He said in his first video about Fred that the disappearance happened near a grouse moor. And Ian Thomson, head of investigations for RSPB Scotland, pointed out that this fits a noticeable pattern of suspicious bird of prey incidents.

Some within the shooting community have suggested that Packham and others are interfering with the course of justice by commenting on an ongoing investigation. Raptor Persecution UK makes it clear that all the information it releases regarding the case has been cleared by the police.

– Sign the petition to ban driven grouse shooting, which closes on 2 April.

– Keep up to speed with Raptor Persecution UK.