Theresa May must be loving the media attacks on Labour. Because her party's biggest promise just collapsed. - Canary Workers’ Co-op 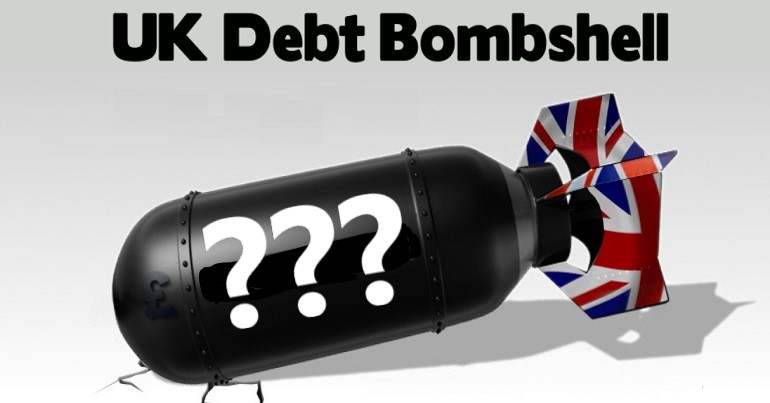 If you were wondering what the time was on the evening of Wednesday 28 March, it was around ‘our-national-debt-hitting-a-flabbergasting-milestone’ o’clock. Because one of the various UK national debt clocks tipped over the £2tn mark. Theresa May must be happy, though, as a promise George Osborne set as chancellor (which was already caving in) has now totally collapsed.

As of 7:40am on Thursday 29 March, the figure on nationaldebtclock.co.uk read:

If this one isn’t to your liking, there are other national debt clocks available. At the same time as above, nationaldebtclocks.org put the figure at over £1.7tn:

The Telegraph also got in on the act, saying UK national debt is currently £1.8tn:

Another clock, debtbombshell.com, says £1.71tn. Debt clocks generally all show different amounts because they use slightly different measures. The amount of money going in and out of the government’s purse constantly fluctuates too.

So what does the government say the figure is?

UK national debt: which one?

The Office for National Statistics (ONS) has various measures of UK national debt. The first is public sector net debt (excluding public sector banks), which it said stood at £1.763tn as of February 2018:

Then it measures general government gross consolidated debt, as defined by the Maastricht Treaty. The ONS says this figure is £1.775tn:

Is your head spinning, yet? Because it’s plainly hard to tell which figure is the correct measure of UK national debt. Often what more accurately reflects our debt is the amount as a percentage of gross domestic product (GDP). The ONS says that, for 2016/17, general government gross debt (the second ONS chart above) was 86.7% of GDP, the second highest it’s been since 1994/95: 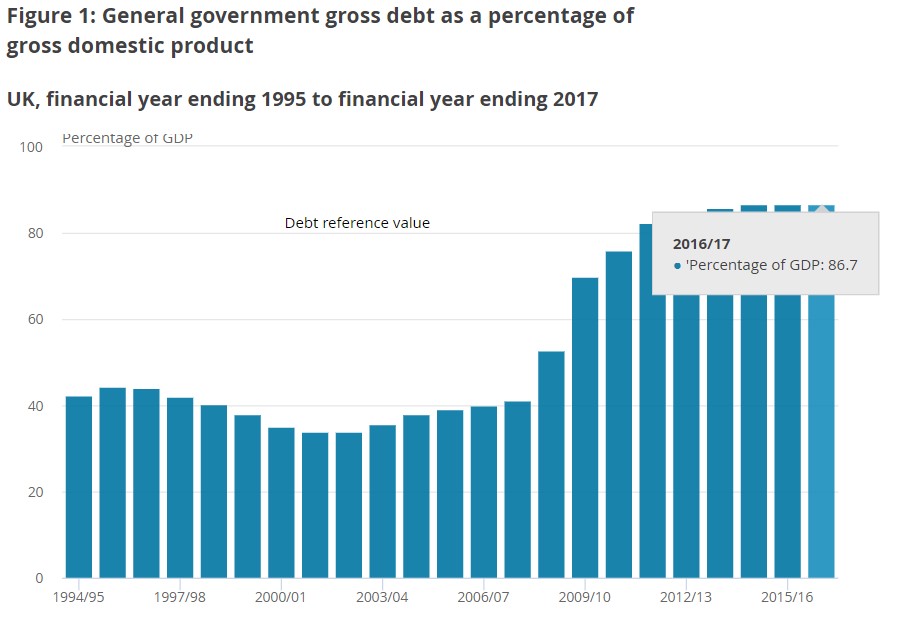 But why does this matter, politically?

Well, the Tories have a habit of blaming the ‘last Labour government’ for our mountain of debt. In October 2010, David Cameron warned that, if Labour were in power:

Not only would the national debt still be growing, it would be growing as a share of our national income [GDP].

Also, as The Canary previously reported, May even claimed in prime minister’s questions on Wednesday 28 March that the Conservatives had kept the debt down.

The graphs show that debt has actually rocketed under Conservative-led governments. When you look at it as a percentage adjusted for inflation, though, FullFact claims New Labour increased it more. This constituted a 125% increase by New Labour and 53% by the Conservatives as of May 2017 – although this was partially down to the 2007/08 financial crash. The Tories’ excuse for spiralling debt is unclear, as is their excuse for having the highest amount of debt as a percentage of GDP in the past three decades; something Osborne pledged would be falling by 2015/16, when it actually peaked.

He also “set a target of keep[ing] the level of national debt ‘on a declining path’,” The Telegraph reports.

Overall, considering even The Telegraph said that Osborne “made it his mission to reduce the size” of the debt, his party has failed. Miserably.

So whatever figure you use, it can be said that UK national debt is a rather worrying amount. But if you want to see something truly terrifying, The Economist has a running global debt clock. As of 9am on Thursday 29 March, it stood at $58.39tn – or around £41tn: 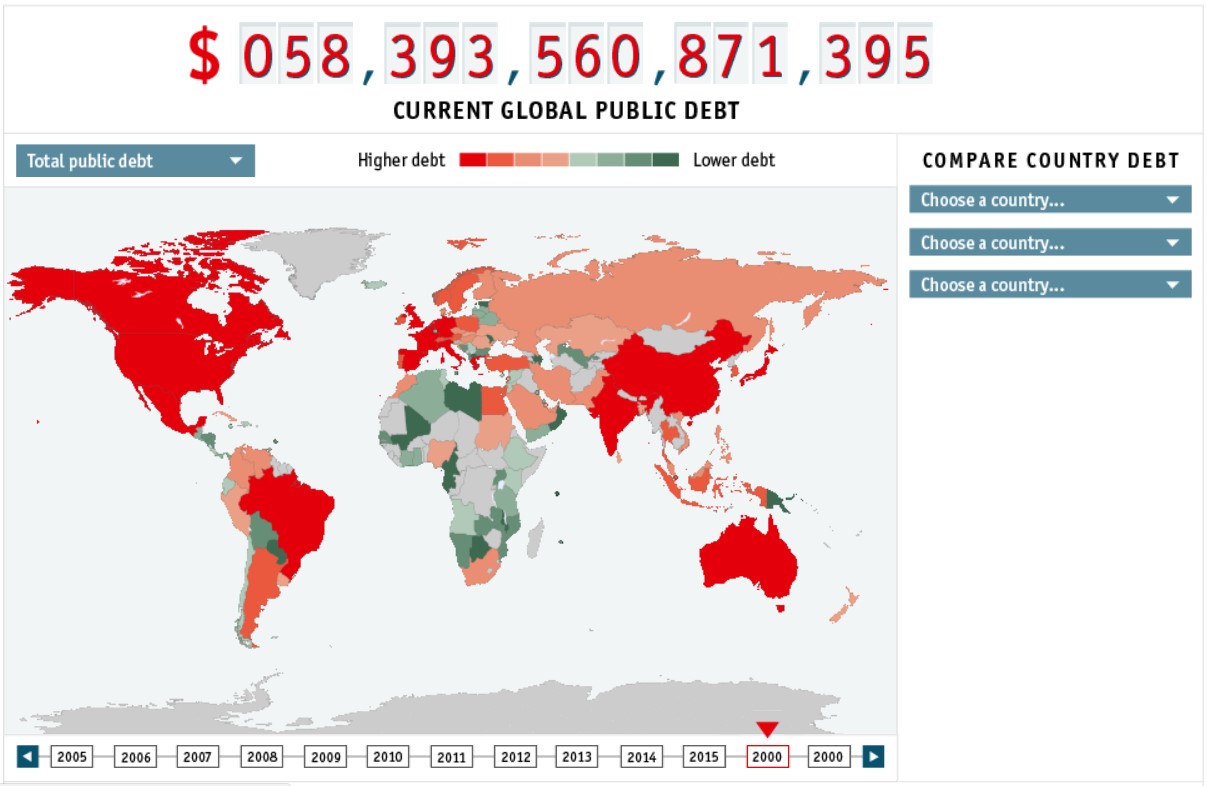 The Canary is unsure of exactly who the Earth owes £41tn to. Maybe it’s Jupiter. Or possibly Saturn…