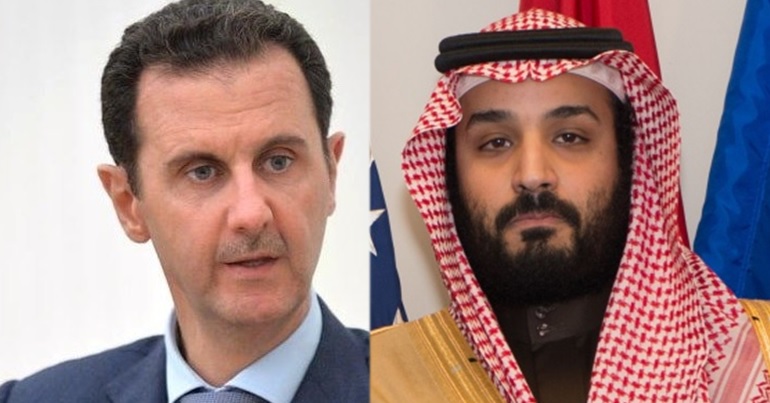 The latest US plan for ‘stabilising’ Syria has got to be one of the worst ideas ever.

Essentially, Donald Trump’s government wants to send the arsonists in to deal with the fire. And its plan would almost certainly add even more disaster to the already tragic Syrian conflict.

The worst possible plan for Syria?

Trump’s cabinet of warmongers is reportedly pushing for an ‘Arab coalition‘ to enter Syria as a ‘stabilising force’ after the approaching defeat of Daesh (Isis/Isil). Prolific human rights abuser Saudi Arabia would likely lead this force.

Riyadh seems happy to oblige, and is even trying to bully neighbours like Qatar into getting involved.

The idea of sending a Saudi-led force into Syria, however, is mindbogglingly stupid – for a number of reasons.

The Intercept‘s Mehdi Hasan recently spoke out against apologists for the crimes of both the Saudi and Syrian regimes. And he’s right. Because no progressive person should see either of them as allies. If we condemn the war crimes and collective punishment of regimes in Israel, Saudi Arabia, Turkey, and elsewhere, we must also condemn Syria for doing the same.

True – in the decades before Syria’s current war, the Assad dynasty had improved health indicators (its healthcare system was reportedly “the envy of the Middle East”). And it displayed consistent support for Palestinians against Israeli occupation, while receiving praise for its secularism.

But the Ba’ath regime was always authoritarian, repressive, and corrupt. And it increasingly took a neoliberal path in the 21st century – cutting public spending and allowing increased privatisation. These ‘reforms’ contributed to decreasing living standards and growing public anger. The absence of citizenship rights for the country’s Kurdish population, meanwhile, left 300,000 to 500,000 people stateless for decades. The Kurdish language was also prohibited under the Ba’ath party; and an Arabisation policy saw Arab settlers arrive in Kurdish communities and town names changed. Bashar al-Assad only took measures to address these issues after the start of the 2011 protests against his rule.

The figures from the ongoing civil war, meanwhile, speak for themselves. Hundreds of thousands of civilians have died; and different groups recording the statistics agree that the Syrian government is responsible for most of these deaths. There’s no way to argue those figures away.

To end the suffering and destruction in Syria, we need to consider several important points first:

Not enough reasons? How about:

War is always horrific. Western governments once thought it was fine to kill up to 25,000 people in three days (Dresden, 1945) and almost 200,000 people with just two nuclear strikes (Hiroshima and Nagasaki, 1945). We should think carefully, compassionately, and logically about the least violent path to peace.

One CNN report described the US plan for a foreign Arab force in Syria as an attempt to ‘fill the void’ when the US leaves. But the truth is that there wasn’t a void when the US entered; and there won’t be a void when it leaves. In northern Syria, at least, there are local people on the ground who have been standing their ground against terrorism for years, and who have been building their own political alternative to counter the hate spread by religious, sexual, and ethnic chauvinists. Rather than pushing for more foreign intervention, we need to recognise and support these people. They’re the only truly ‘moderate’ political movement offering a way forward.

At the same time, the West needs to stop selling arms to the countries – like Saudi Arabia and Turkey – which have been fuelling the Syrian conflict from the very start. Peace talks must be a priority; and instead of continuing to exclude the Kurdish-led forces of northern Syria, we must insist on their participation.

Then, after the war, the international community can hold all those responsible for war crimes to account.

These steps aren’t easy. But they’re a thousand times better (and much less destructive) than America’s latest plan. And until our politicians make the leap and choose peace over war, we have a duty to make sure they get no rest.

– In the UK, ask Theresa May and your MP to push for the steps outlined above. In the US, contact your representative and senator.