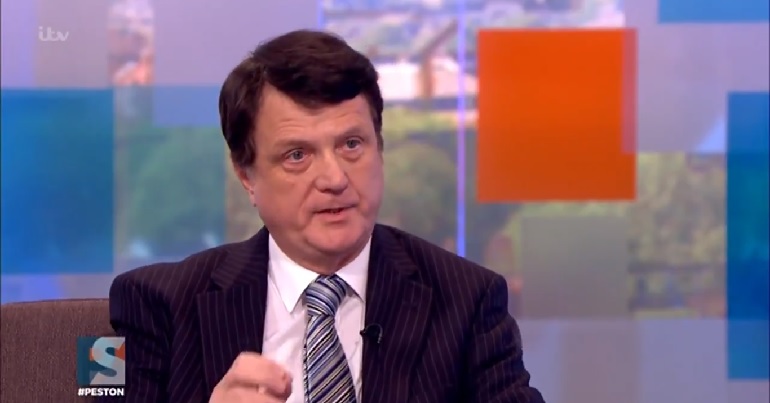 UKIP’s new leader added a repulsive contribution to the debate on antisemitism in the Labour Party. Speaking in an interview on Peston on Sunday, Gerard Batten claimed the row on antisemitism in Labour is happening because it relies on the votes of Muslims.

On his show, Robert Peston asked Batton whether the language he has used about Muslim people is comparable to that which the Nazis used about Jews. He responded by criticising the “ideology” of Islam. And he picked up an earlier point from Peston on antisemitism, stating:

The reason you’ve got this degree of anti-semitism in the Labour Party, in my view, is because it very much depends upon Muslim voters in inner cities. And the Islamic religion is inherently anti-semitic.

The claim faced extensive criticism on Twitter. One user branded UKIP and its leader “disgusting”:

"Islam is an inherently anti-Semitic religion" and Labour is being anti-semitic in order to appeal to Muslim voters. Wow. Batten and UKIP are disgusting. #peston

Others argued the programme failed to challenge Batten on his views:

If you must have racists on your programme, @Peston then it's your duty to ensure there is sufficient time to robustly challenge their hateful rhetoric. You've just allowed the last word to be that Islam, as a religion, is antisemitic! shameful and harmful! #Peston

This isn’t the first time Batten has made questionable statements on Islam. He previously referred to the religion as a “death cult”.

In 2017, he made a controversial speech in the European parliament. In the speech, he typically attacked Islam. It concluded:

A spokesperson for the anti-fascist organisation Hope Not Hate told The Guardian Batten is “an Islamophobe and conspiracy theorist”. They stated:

His extreme comments, while shocking, are not surprising. His obsessions with Islam go way beyond the pale and are both hugely offensive as well as potentially dangerous.

Since the EU referendum in 2016, UKIP has been in crisis. Gerard Batten is the party’s fourth leader in less than two years. The last leader, Henry Bolton was sacked by members over racist texts sent by his girlfriend.

A recent YouGov poll (pdf, p1) puts the party on just 3%. In the upcoming local elections, UKIP have reportedly only found candidates to stand in 12% of seats.

But with the latest UKIP leader holding controversial and ludicrous view like this, no wonder his party is falling into complete irrelevance.