Amber Rudd's chances go from bad to worse, as she loses a potentially devastating High Court battle - The Canary 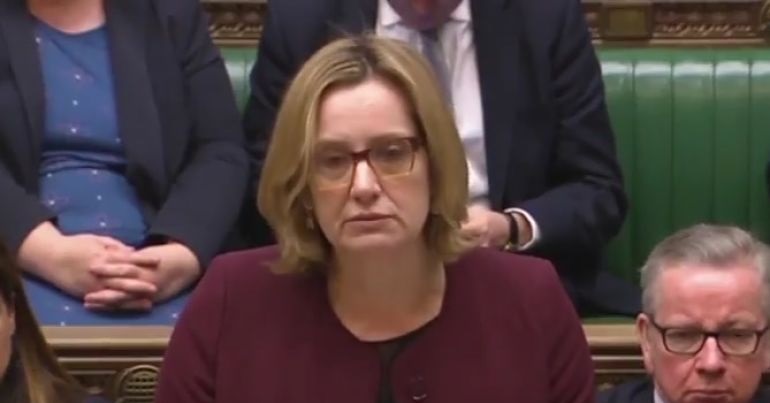 Home secretary Amber Rudd is facing criticism over the fallout from the immigration removals scandal. Now the High Court has ruled that she can’t deport a potential witness to a death in immigration custody.

An inquest into the death is taking place. Court papers show that the inquest will, among other things, “consider whether her [Rudd’s] actions may be shown to have caused/contributed to the death”.

The coroner had asked Rudd not to deport Van Horn until it had been established whether he would need to give evidence at the inquest. The Home Office, however, reportedly planned to deport him this week.

“They want to shut me up”

Van Horn claims that Spencer did not receive prompt medical attention, despite telling staff that he felt unwell. He believes that the Home Office wants to deport him to prevent him giving evidence to the inquest. He said:

They want to shut me up, they want to move me on because I’m one of the main witnesses and they don’t want me on the case.

The Guardian reports that neither the Ministry of Justice nor the Home Office would comment on the case as the investigation into Spencer’s death is ongoing.

Court papers claim that Van Horn’s testimony is possibly critical because it could show whether the actions of government employees contributed to Spencer’s death. Van Horn’s lawyer, Toufique Hossain, said:

There is to be an inquest to determine whether the Home Office caused or contributed to the death of a person in her custody. Our client is a potential key witness to that inquest, whom she has sought to remove from the territory. Such action by the secretary of state offends fundamental principles concerning the rule of law. This isn’t hostile, it’s dangerous.

Amber Rudd is due to give a statement to the House of Commons on 30 April, about the immigration removals issue. This case could add to the pressure on her to resign.