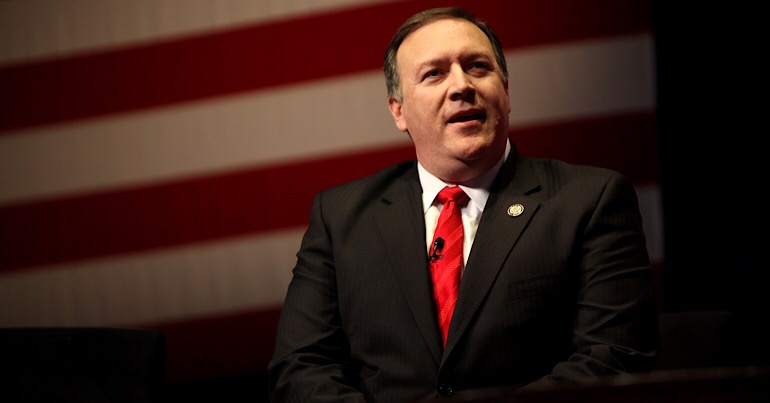 CIA director Mike Pompeo’s nomination as Secretary of State could go down in history as the first top diplomat to be confirmed after failing to get the public support of the Senate Foreign Relations Committee. And if he is confirmed, Pompeo will have one or more conservative Democrats to thank for it.

Here’s the problem: the GOP has many Democrats from which to choose. Senators Joe Manchin, Heidi Heitkamp, Claire McCaskill and Joe Donnelly – all conservative Democrats and all publicly undecided on Pompeo – face tough reelection bids this year in states Trump won handily.

Independent senator Angus King (Maine), who caucuses with Democrats, hasn’t come out publicly against Pompeo either. Hillary Clinton won his state in 2016 by less than three points, and the state awarded one electoral vote to Trump. Maine is one of only two states that don’t use a winner-takes-all system in the Electoral College.

When President Donald Trump nominated Pompeo to head the CIA, 15 Democrats voted to confirm him. Even with his hawkish military policy and his views favoring torture, Democrats could not hold together to stop his confirmation.

All four of the conservative Democrats that the GOP will likely target now to confirm Pompeo also voted to confirm him as CIA director.

Trump acts as if Pompeo is already confirmed. But how right is he?

One telling sign that the White House thinks Pompeo is a shoo-in at State: he’s already acting as the top US diplomat in North Korea.

Mike Pompeo met with Kim Jong Un in North Korea last week. Meeting went very smoothly and a good relationship was formed. Details of Summit are being worked out now. Denuclearization will be a great thing for World, but also for North Korea!

Pompeo kept the meeting secret, even from the committee looking to approve his nomination. Ranking Democratic member Bob Menendez said this was one reason he won’t support Pompeo.

He criticized the CIA director for not telling him about his secret visit to North Korea almost 2 weeks ago. pic.twitter.com/SBqnq1IJj7

Despite this opposition from many Democrats, however, where do conservative Democrats stand on the issues central to the Pompeo question?

Pompeo’s hawkishness on Syria wouldn’t likely lead to unified Democratic opposition. Only four Democratic and independent senators have come out with principled opposition to the latest US military action in the country.

Ann Wright being arrested at the Pompeo hearing. She was forcefully removed from the seating area shouting “NO POMPEO! NO MORE WAR!”
Tell the Senate STOP POMPEO – https://t.co/7M0SKkP63G
Do it for Ann! pic.twitter.com/azGFNnVZql

Pompeo’s long and troubling history on the torture issue also didn’t seem to sway the 15 Democrats who voted to confirm him to lead the CIA – the agency most associated with using torture.

Pompeo even reached out to Hillary Clinton for help with his confirmation hearings. Clinton said she spoke with Pompeo and urged him to keep on career diplomats, something his predecessor Rex Tillerson failed to do.

A line in the sand

At this point, it’s fair to ask what some Democrats won’t tolerate when it comes to aggressive foreign policy. More than a dozen of them were willing to put a torture apologist and warhawk in charge at the CIA. Now, he appears poised to take over as the nation’s top diplomat.

Could a vote against Pompeo prove to be an election-year problem for Dems facing challenges from the right? Of course. But in the end, Democratic senators will have to ask themselves whether their jobs are more important than peace.

Unfortunately for lovers of peace everywhere, it’s unclear how committed those same senators are to peace in the first place.

– Pompeo’s confirmation hearing won’t likely be held until the week beginning 23 April. So there is still time to pressure senators to vote not to confirm him as Secretary of State. Anti-war group Code Pink has a petition urging senators to vote no on Pompeo. And Win Without War, a coalition of anti-war organizations, has a helpful chart of where your senator stands on Pompeo, along with information on how to contact them.