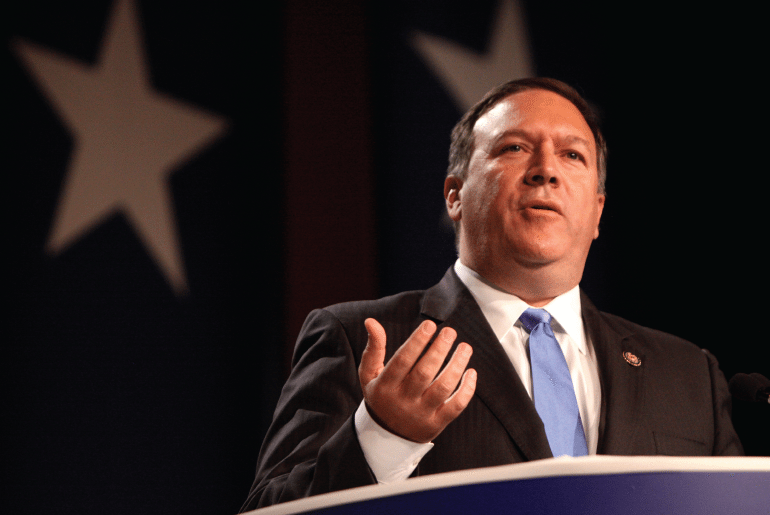 Donald Trump has now confirmed his choice to make Mike Pompeo the new Central Intelligence Agency (CIA) director. The US Senate will need to confirm his appointment. But if it does, many see it as confirming Trump’s dedication towards Bush-era foreign policy. Because like Trump, Pompeo is in favour of waterboarding, Guantanamo Bay, and as few CIA restrictions as possible.

Where is Pompeo coming from?

Pompeo graduated first in his class from West Point military academy in 1986. He then served as a cavalry officer. And after leaving the military, he founded Thayer Aerospace, serving as its CEO for more than a decade. He eventually entered Republican politics as a Tea Party candidate.

The Tea Party has been described as a party within a party. And it isn’t always clear in its intentions. But like Trump, it is a reaction against the perceived failings of the Republican establishment.

Pompeo has also received extensive support from the billionaire Koch brothers. The Huffington Post even called him the “Koch Brothers’ Congressman”. These brothers are fossil fuel billionaires who have a long history of trying to exert influence over US politics.

What are the CIA’s responsibilities?

A look at the CIA’s responsibilities can help us understand why Pompeo’s potential role in the organisation is so worrying:

CIA’s primary mission is to collect, analyze, evaluate, and disseminate foreign intelligence to assist the President and senior US government policymakers in making decisions relating to national security. This is a very complex process and involves a variety of steps.

The CIA is only responsible for foreign threats, and has no law enforcement jurisdiction.

Two other important points are that:

the CIA may also engage in covert action at the President’s direction and in accordance with applicable law.

CIA analysts only report the information and do not make policy recommendations — making policy is left to agencies such as the State Department and Department of Defense.

But it’s important to note that Trump would still need a CIA director who agrees with his hard-line statements if he’s to reintroduce torture. This is what current CIA director John Brennan said about waterboarding:

Pompeo on the use of torture

In 2014, the US Senate produced a report on the CIA’s torture practices under President George W Bush. The New York Times pulled out seven key points from this report.

The findings of this report suggest an agency run amok. And yet Pompeo responded to its publication by defending the people it accused of wrongdoing:

Our men and women who were tasked to keep us safe in the aftermath of 9/11 — our military and our intelligence warriors — are heroes, not pawns in some liberal game… These men and women are not torturers, they are patriots.

Pompeo denounced Obama’s decision to close black-sites in 2009. The CIA has operated several ‘black-sites’, which function as detention centres that operate outside of America’s borders/legal system. Guantanamo Bay is the most famous example. And Pompeo has been vocal in his support for keeping it open. In a statement on his website, he said:

I’m fighting hard to keep terrorists out of Kansas and America. We have to keep open the detention facility at Guantanamo Bay open [sic]. That’s the right option for American national security… 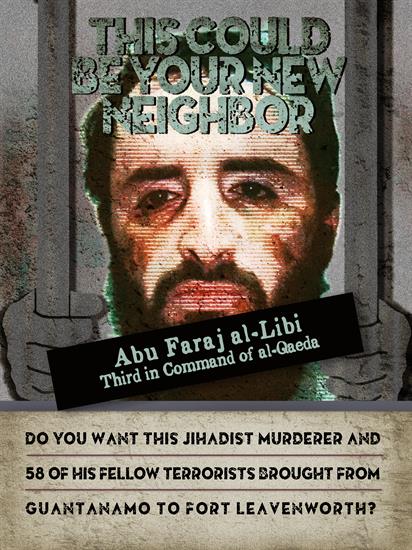 Guantanamo does indeed house several prominent terrorists. It also holds, and has held, people whose criminality is unproven. Especially as the site operates outside of the American and international legal systems.

Amnesty International is one of the many groups to have described Guantanamo in a negative light:

What the Trump Administration will mean for Israel and Palestine has been an open question. But the appointment of Pompeo may go some way towards answering that. Because he hasn’t just been a vocal supporter of Israel. He’s also been critical of Palestine. This is from a press release on his website:

… the Israeli people and the Israeli National Police are demonstrating admirable restraint in the face of unspeakably cruel attacks. As a friend of the state of Israel, I commend the officers for their professionalism and thank them for all they do.

This statement obviously does nothing to acknowledge the decades-long conflict between Israel and Palestine. It also fails to consider the many reported killings of Palestinians by Israelis.

Pompeo’s stance on Russia seems to be the key point of difference between Trump and himself.

Putin is reportedly an erratic leader, and could potentially interpret Pompeo’s appointment as a snub.

However, Pompeo did make his previous comments during a period of diplomatic uncertainty with Russia. And if Trump and Putin do want to pursue better relations, their intelligence services may have to fall in line behind them. Despite any previous concerns they may have held.

Key appointments as a sign of things to come

Trump’s changeability makes it difficult to predict how he will lead America in the coming years. But it’s becoming increasingly clear that he’s surrounding himself with people who support his most controversial statements. Chief strategist Steve Bannon is one of them. Mike Pompeo is another. And the latter’s appointment to the CIA suggests that Trump may yet carry out some of his most worrying promises.