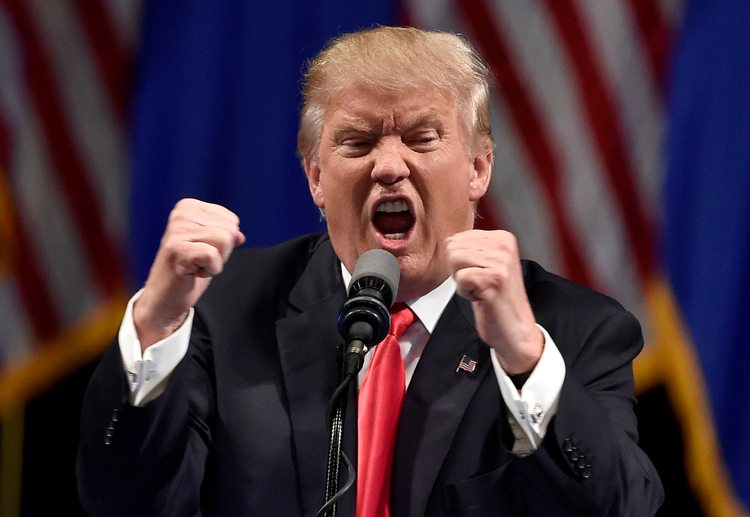 Donald Trump has decided to scrap NASA’s climate change research as part of a crackdown on “politicised science”.

The fight against political correctness

Political correctness has been one of Trump’s main talking points. His firm opposition to it matches that of his new breed of supporters. But like this reactionary crowd, Trump has often taken the anti-PC crusade too far, and used it as an excuse to insult and disparage whole groups of marginalised people.

Even anti-PC commentators, such as Brendan O’Neill at The Spectator, recognise that some bigots and hate-mongers have used free expression as an excuse for vile racism and abuse.

There are legitimate concerns about how political correctness can undermine free speech. And it’s not just the right raising these questions. Those sitting squarely on the left, such as LGBT campaigner Peter Tatchell, have expressed worries. Stephen Fry has also argued that political correctness stifles opportunities for open and honest debate.

But as O’Neill points out, the anti-PC stance can get ugly. It’s being misused, not just as an excuse for inflammatory speech, but as a way to oppose climate change research. Offending people is one thing. Threatening efforts to tackle global warming is something else. It involves very real and far-reaching harm.

Anti-PC gone off the rails

NASA’s research on global warming has revealed some alarming findings. But rather than raising awareness about real threats to life (including human existence) on this planet, Bob Walker believes it’s an example of political correctness.

If Trump and Walker believe it’s just PC to believe in, and carry out research on, climate change, they are mistaken. For example, Walker said doubt over the role of human activity in climate change “is a view shared by half the climatologists in the world”.

But this isn’t so. There is a scientific consensus among climate experts that humans are causing global warming. It is precisely because of NASA’s research that we are able to agree on this. And it’s why climate change denial groups fail to survive scrutiny. The evidence stacks up against them.

Walker wants you to believe that NASA’s research is about maintaining the PC culture of caring about the environment, or shutting down debate on climate change. Walker is using anti-PC rhetoric in order to paint climate change scepticism as a tenable position. It is a clever way to justify, not just less funding for NASA, but the removal of important environmental regulations, and further reliance on fossil fuels.

The politicisation of climate change has changed the nature of the debate. Perhaps in some instances, deniers are met with disdain, moral outrage, and offended expressions. And climate change denial has indeed become somewhat politically incorrect.

But this is an issue to do with how ideas are discussed. Using the anti-PC argument to stop funding scientific research will lead to less information. Not less bias or a more balanced debate. And if environmental policy is to protect us from the harmful effects of climate change, it should be informed by as much evidence as we can gather.

– Read more about Climate Change from The Canary.